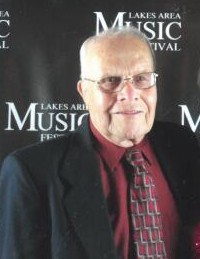 Wilmot "Bill" Ancel Campbell Jr, 91, passed away at his home on Tuesday, June 15, 2021. Funeral services will be at 11:30 AM on Thursday, June 24, 2021 at Lutheran Church of the Cross in Nisswa, MN. A Visitation will take place one hour prior to services. Interment will be at Minnesota State Veteran's Cemetery in Camp Ripley, Little Falls, MN.

Bill was born on June 02, 1930 to Wilmot and Isabella (Gerdes) Campbell in Minneapolis, MN. After graduation from the University of Minnesota, Bill enlisted in the US Army. He attained the rank of Major and served in the Korean War from 1952-1954. He was married to Carol Johnson on May 22, 1953 in Minneapolis, MN and together they had three children. After serving in the Army, Bill worked as an insurance salesman for 37 years. He enjoyed spending time at their cabin, being with family, hunting, fishing, traveling, and chainsaws. He also volunteered at Lakes Area Habitat for Humanity and at St. Joseph’s Hospital. Bill will be greatly missed by all who knew him.

He was preceded in death by his parents, brother Don Campbell, and sister-in-law Pat Campbell.

In lieu of flowers donations are preferred to the Lakes Area Habitat for Humanity or the Lutheran Church of the Cross in Nisswa.

To order memorial trees or send flowers to the family in memory of Wilmot "Bill" Campbell Jr, please visit our flower store.

Lutheran Church of the Cross (Nisswa)

Lutheran Church of the Cross (Nisswa)