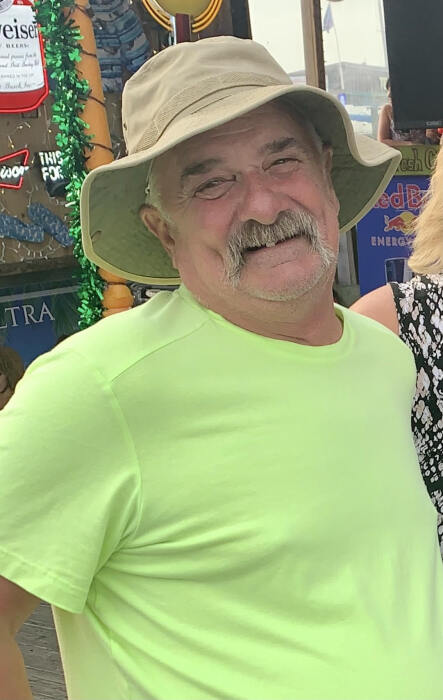 William “Bill” S. Mitchell, age 62, of Fifty Lakes and formerly of Rosemount died peacefully at his home in Fifty Lakes Lakes on Tuesday, February 23, 2021.  A celebration of Bill’s life will be held at 3PM on Saturday, February 27, 2021 in Bill’s Pole Barn (per Bill’s wishes).  Friends and family are welcome to gather 1 hour prior to services on Saturday in Fifty Lakes.  Arrangements have been entrusted to Brenny Family Funeral Chapel, Crosslake.

Bill was born on November 2, 1958 in Minneapolis to Sidney and Ardith (Akenson) Mitchell.  Bill met the love of his life, Jaquelyn “Jackie” Eng, in junior high; the couple was united in marriage on October 21, 1977 in Minneapolis.  Bill and Jackie moved to Rosemount, where they raised their five children.  He worked as an electrician, starting his own company “Bill Mitchell Electric” 15 years ago.  Bill was a member of the Electricians Union #292.  The couple moved to Fifty Lakes in 2015.  He enjoyed the great outdoors, snowmobiling, four wheeling, trips to Padre Island and Laughlin, NV, and SOCIALIZING.  Bill taught his children to have a good work ethic, laugh through the tough times, and always be kind to others.  Bill was an amazing grandfather to his six grandchildren; giving them side-by-side rides and having an ample supply of ice cream in the Pole Barn.  He was a man who would give the shirt of his back to anyone in need; Bill was hilarious, sometimes a goofball, kind to everyone he met, and a great “storyteller.”  Above all else, he loved his family beyond words and fought hard to provide his family a good life.  Bill will be dearly missed by all who knew him.

To order memorial trees or send flowers to the family in memory of William "Bill" Mitchell, please visit our flower store.