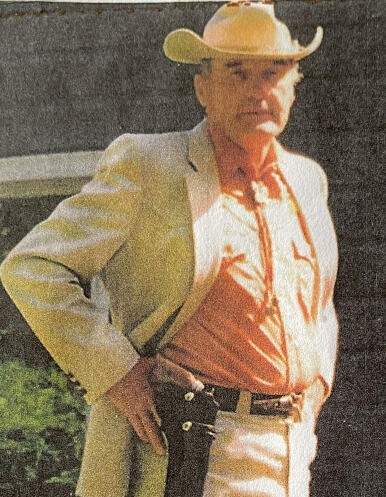 William “Bill” M. Stalpes, age 88, of Merrifield died peacefully on Monday, March 8, 2021 at his home.  A celebration of Bill’s life will be held this spring with interment in Minnesota State Veterans Cemetery with an honorable salute.  Arrangements have been entrusted to Brenny Family Funeral Chapel, Baxter.

Bill was born on August 12, 1932 in Pierz to Aloysius and Josephine (Girtz) Stalpes.  He proudly served his country in the United States Navy Medical Corps during the Korean Conflict.  During his time in the military, Bill had the great honor of meeting actress, Debbie Reynolds aboard ship and Bill told Debbie “wait for me!”  Upon his honorable discharge from the Navy, Bill attended the University of Minnesota where he received his Bachelor of Arts Degree in 1961.  While attending school Bill was employed as a Game Warden in St. Peter, MN. He married Gail Wermerskirchen and the couple had four children; the couple later divorced. Bill was a philanthropist and entrepreneur; he had a passion for cleaning up hazardous waste sites and managing landfills properly to diminish our carbon footprint.  He traveled extensively to promote and develop awareness of interdependency of environmental issues from a global perspective.  Bill’s research was extremely influential in decisions that are still being made today.  He was an exquisite public speaker; in 1978 at Los Alamos, New Mexico, Bill addressed over 100 leading scientists to discuss the perils of chemical waste to mankind and the environment.  He had a great appreciation for nature; always feeding wild animals, fishing and even feeding his fish friends under his dock.  Bill was philosophical, persuasive, slightly stubborn, and extremely funny.  He will be dearly missed by all who knew him.

From his own pen, Bill wrote the following jokes entitled

You are a leader with magnetic personality and strong character.

You are intelligent, witty and attracted to the opposite sex!

She paused…. It has your weight wrong too

“Take a Vote in the Office”

What should be given the most credit for my enormous

Success with the ladies

Is it my chiseled good looks or

My debonair power of persuasion!

To order memorial trees or send flowers to the family in memory of William Stalpes, please visit our flower store.