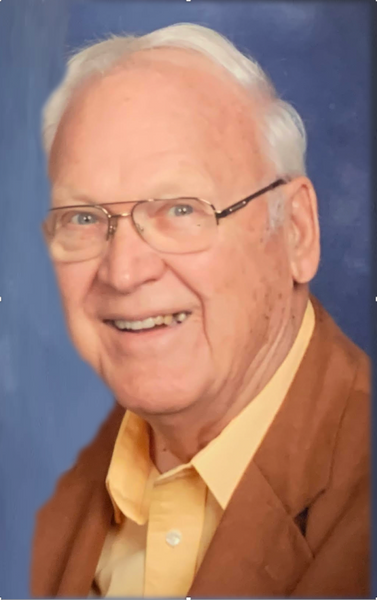 Wesley E. Johnson, age 89, of Motley, Minnesota stepped into the presence of Jesus, and eternal glory, on Wednesday, November 25, 2020. He had accepted Jesus as his Savior in college and served as a Minister of the Gospel since the 1950’s.  A funeral service will be held on Sunday, November 29, 2020 at 3:00 p.m. at Lincoln Evangelical Free Church, 1354 320th Street, Cushing, Minnesota, with Reverend Don Reigstad officiating.  Visitation will be for one hour prior to the service, at the church.  Burial will be in the spring in Crystal, Minnesota.  Brenny Funeral Home of Staples, Minnesota is handling arrangements.  www.brenny.com

Wesley Earl Johnson was born to Evelyn (Ekgren) and Earl Johnson, in Minneapolis, Minnesota on June 21, 1931.  He grew up in the northwest suburbs of Minneapolis and throughout his teen years, pursued interests in boxing, fishing, music, and worked at a local National Tea Food Store.  He attended Robbinsdale High School, graduating with the class of 1949.  He then attended the University of Minnesota, first planning to pursue a Pre-Medicine degree.  He transferred to Northwestern College, located then in Minneapolis, graduating with his degree in Bible in 1954, having been called to serve Jesus.

Throughout his adult years, he still loved music, reading, travel, woodworking, painting but most of all his Savior and family and friends brought him greatest joy.  He authored two books, The Right Pastor and Pathways and Ponderings.

To order memorial trees or send flowers to the family in memory of Wesley Johnson, please visit our flower store.