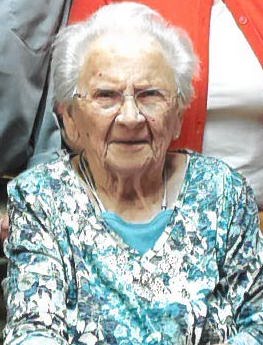 Vivian Delores Roberts, 96, of Brainerd passed away peacefully with her family by her side on Sunday, October 11, 2020 at Good Samaritan-Woodland-Birchwood. Services are planned for 12 PM Saturday, October 17, 2020 at the Brenny Family Funeral Chapel in Baxter, MN, with visitation 1 hour prior.

Vivian was born September 20, 1924 in Vining, MN the daughter of Selmer and Mabel (Oak) Anderson. She was a homemaker raising her family and worked various jobs in between. She married Veryl Doc Roberts on October 04, 1947 and together they were married for 70 years. Vivian enjoyed traveling and was a member of the First Lutheran Church for 60 years.

She is survived by her children , Bruce (Thelma) Roberts, of Baxter, Greg (Diane) Roberts, of Brainerd, and Debra (Steve) Isackson, of Nisswa; grandchildren, Shon, Lori, Leesha, Lacey, Devin, Jessica, Angie and Pete; and eight great-grandchildren; and sister LaVae Moen. She was preceded in death by her parents and brother Virgil Anderson.

To order memorial trees or send flowers to the family in memory of Vivian Roberts, please visit our flower store.