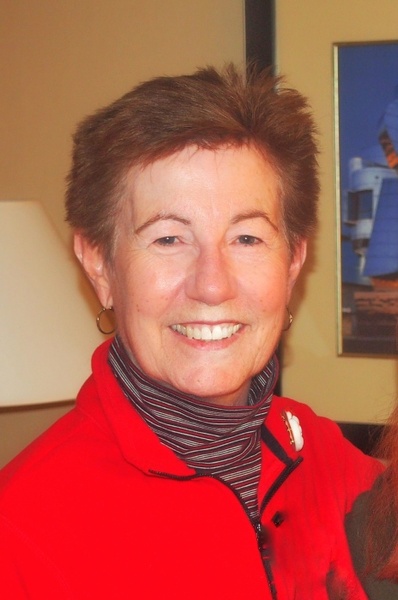 Instead, Ginger Hustvedt chose to be a teacher, a Mom and active member of the community. In other words, she chose to be all of those roles. She didn’t make national headlines, but she didn’t have to. The lives she touched, the dedication she exhibited, the hearts she warmed and the minds she enlightened are a testament to her life’s work. Those fortunate enough to know her are immeasurably better because of it.

Her legacy lives on through her service even though she has now passed on, succumbing to cancer at the age of 76, on September 19, 2020. She did so on her own terms in her home on Upper Gull Lake in LakeShore, MN surrounded by her loving family including: Ron Hustvedt, Sr. her husband and best friend of almost 60 years; her daughter Anne Hustvedt of Minneapolis; her son Ron Hustvedt, Jr. and his wife Sharon DeLisle of Ramsey along with their children Ronny (12) and Vivian (11). “My deepest regret is not having more time with my children and grandchildren watching them continue to grow, but I am so proud of them and they will do great things for this world,” she said. She is preceded in death by her brother Charles J. Sathre, Jr. of Kansas City, Mo, her parents Charles J. Sathre and Margaret Sathre of Minneapolis, and her aunt Elvy Sandberg of Minneapolis.

Brokenhearted beyond measure, Ginger’s husband Ron said she battled cancer with tremendous strength and grace. “We are forever best friends, soulmates and lovers and I cannot imagine this world without her but am so grateful for the lifetime we spent together and the family we raised,” he said.

Born and raised in Minneapolis, Ginger spent most of her childhood and adult life in a cozy home on 35th avenue south just off Lake Street in the Longfellow neighborhood. She graduated from Minneapolis South High in 1962 and earned an Elementary Education degree from the University of Minnesota in 1966.

Ginger’s first teaching job was at Morris Park Elementary in Minneapolis teaching grades 2-3. She said the eight years she was there were one of the most rewarding experiences of her life. She left teaching only because she was pregnant, and with a December due date it was made clear that she would be unable to return in September. “In those days they could ask a woman to leave for being pregnant and I remember being told I was ‘lucky’ they let me stay until the end of the school year,” she said. “I’m so glad women fought to change those policies and it’s better today, but there are still inequalities we must solve and injustices we must fight against,” she said.

Her son Ron Jr. was born in December 1974 and she transitioned to being a housewife for the next decade. A daughter named Anne graced the household five years and two days later in December 1979. The family of four enjoyed their south Minneapolis lifestyle with annual summer vacations to the Brainerd Lakes Area. A passionate believer in equal rights for women, Ginger didn’t jump on soapboxes espousing her views but worked every day to instill a sense of justice, fairness and kindness in her students, her family, and community. She was appalled by the current status of our national affairs and wished she could have seen a woman President in her lifetime, but was looking forward to electing a woman Vice President this fall.

Ginger returned to the classroom at Seward Elementary in 1984 and in 1986 was back to full-time teaching status at Cooper Elementary with a 2nd grade class where she taught until retirement in 1998.

Upon retirement, Ginger and Ron sold their beloved Minneapolis home and moved to the Brainerd Lakes Area full-time. “We didn’t see retirement as an endpoint but more of a transition to a different lifestyle--we wanted to be active in our new community and give back,” she said. The two of them became very active members of the Nisswa Lions and Ginger held most every position an individual can have with the organization including President. She was a Hearing Research Fellow and Melvin Jones Fellow. Since 2003, Ginger co-coordinated and promoted the Nisswa Lions Scholarship program benefitting graduates of Brainerd High School and Pequot Lakes High School. Ginger was an active member of the Nisswa Women’s Club and helped organize their scholarship program. She is a long-time member of the Nisswa Garden Club and the Nisswa Red Hat Society.

Because of her strong belief in education as a key to a successful and impactful life, she is requesting that in lieu of flowers or memorials, donations are made to the Nisswa Lion’s Scholarship Fund or Nisswa Women’s Club Scholarship. Call 651-335-2385 or email writeoutdoors@mac.com for details.

A private family memorial service will be held at a later date and Ginger wants her celebration of life to be scheduled in 2021 when people can more safely gather.

To order memorial trees or send flowers to the family in memory of Virginia "Ginger" Hustvedt, please visit our flower store.