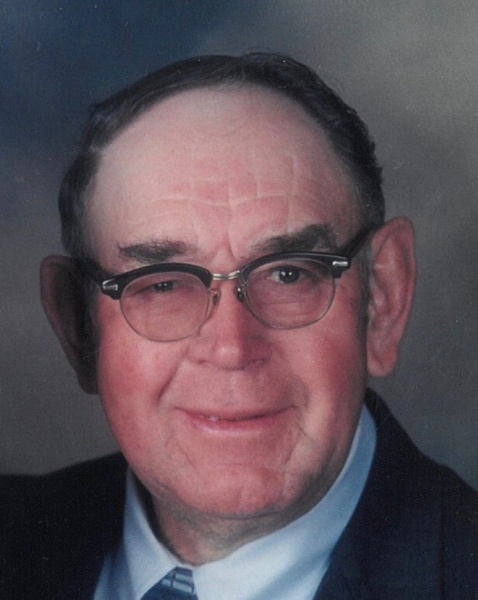 Vernon A Radke passed away peacefully at home January 29, 2021.  A memorial service will be held at 1:30PM on Saturday, February 6, 2021 at Bethany Lutheran Church in Cushing.  Pastor Carleton Smee will officiate, and burial will be Minnesota State Veterans Cemetery at a later date.  Visitation will be one hour prior to services on Saturday at the church in Cushing.

Vernon was born May 28, 1929 at Halls Hospital in Little Falls, MN to Fred and Matilda Radke.  He grew up with the entire Pine Grove Park as his backyard.  He graduated from Little Falls High School in 1947 and for the next 3.5 years worked in Minnesota, North Dakota and Montana at various farms, ranches and packing plants.  On January 4, 1951 Vernon enlisted in the U.S. Airforce and was stationed in Texas, Boston, Massachusetts for technical training, Chanute AFB in Illinois, Sewart AFB in Tennessee and Shaw AFB in South Carolina.  While serving at Sewart AFB Vernon met and married the love of his life, Dorothy Vick.  They were united in Holy Matrimony on October 30, 1953.  Upon Vernon’s honorable discharge from the Air Force in December 1954, they moved back to Minnesota where they purchased the farm where they currently reside.  Vernon and Dorothy loved to travel and visited many states and countries around the world.  Some of their favorite trips included: Australia, New Zealand, Germany, Switzerland, Austria, Liechtenstein and numerous U.S States.  They spent a number of winters in Weslaco, Texas where they made a number of good friends.

In lieu of flowers memorials can be made to Hospice.

To order memorial trees or send flowers to the family in memory of Vernon Radke, please visit our flower store.