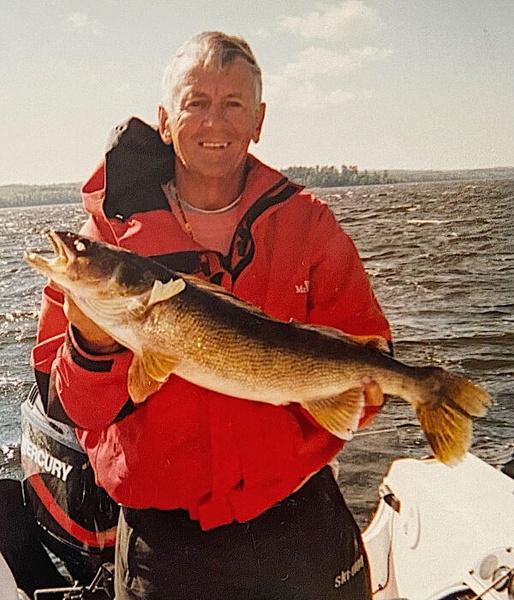 Theodore “Ted” “Teddy” “Butch” “Junior” “Turbo” LaVoie, 74 of Brainerd, unexpectedly went to “The Spirt in the Sky” July 21, 2021 in his home. A celebration of life will be 2pm on Tuesday July 27 at the Brenny Family Funeral Chapel, Baxter with a visitation starting at 1pm.

Ted was born January 26, 1947 to Theodore and Lila (Schmidt) and was well taken care of by his six sisters. In 1968 he married Christine Hoag and they had four children whom he loved and adored. He made each of them feel like they were his best friend, as he was theirs. Ted loved hunting with his father and passing those traditions and tall tales onto his kids and grandkids. Ted grew up racing snowmobiles and hill climbing motorcycles. “Turbo” won many races in the late 60’s and 70’s. You could always find him fishing whether for fun or professionally. He truly enjoyed being from the Brainerd Lakes Area.

He was very dedicated to helping many people in the sober community, where he also was an avid cribbage enthusiast. You can bet Ted will be waiting in heaven to collect his outstanding winnings. Ted’s family is at a loss as he will be deeply missed by them as well as the community.

Ted is survived by his children; Chad of Brainerd, Cale (Maren) of Brainerd, Casey (Tiana) of Thornebay, AK and Courtney LaVoie of Denver, CO, grandchildren; Sullivan, Greta and Joey, siblings; Theora, Shirley, Beverly and Patt. He is preceded in death by his parents; Theodore and Lila, sisters; Diane and Betty and our beloved dog Cruiser.

To order memorial trees or send flowers to the family in memory of Theodore "Butch" LaVoie, please visit our flower store.