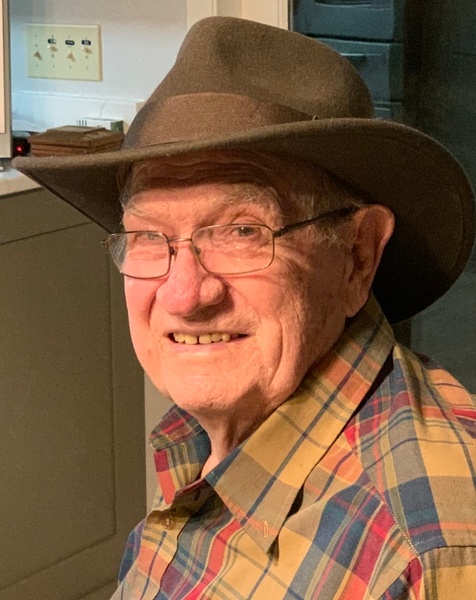 Thayer “Ted” Nolte, 87, Crosslake formerly of Bluegrass passed away peacefully on July 25 surrounded by his family. Services will be at 2pm on Saturday July 31st at the Bethany Free Lutheran Church with a visitation at 1pm. There will be a luncheon following the service. Interment will follow at Green Hill Cemetery in Sebeka, Minnesota.

Ted was born in Sebeka on October 27, 1933 to Henry and Louise (Ploenzke) Nolte in Sebeka, Minnesota. On March 8, 1955 he enlisted into the Airforce. He met and married the love of his life Ernestine on July 5, 1958 in Lubbock, Texas. He worked twenty years for the Airforce as a supervising Airplane maintenance and repair. In 1975 he retired as a Master Sargent. Ted and Ernie moved to Sebeka where he received his associates degree in mechanics. They decided to move to Bluegrass in 1976 to work at a machinery repair and grocery store shop. After retirement Ernie and Ted traveled the U.S.

He enjoyed gardening, traveling, hunting, fishing and camping. Above all else, his faith and church were important to him. He served as a Deacon Usher at Bethany Church for many years.

Survivors include his wife Ernie of 63 years, daughter Sheila (Michael) Martin, Grandchildren; Steven, James and Amy, six great grandsons, sisters; Gloria and Onie, many nieces and nephews. He is preceded in death by his parents, daughter Sherry, siblings; Orlin, Ceil, and Hank.

To order memorial trees or send flowers to the family in memory of Thayer "Ted" Nolte, please visit our flower store.