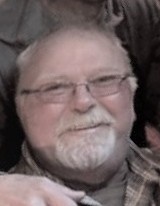 Steven Paul Brandt, age 65, of Brainerd, passed away peacefully surrounded by his wife and children at Regions Hospital in St. Paul on Sunday, May 23, 2021, after a 4-year battle with Renal Cancer (Also Known as Firefighters Cancer)

Steve was born in Onamia on December 24, 1955, to Maurice and Ardean (Hanson) Brandt. He graduates from Onamia High and Brainerd Junior College and worked for Brainerd Ambulance and North Ambulance Brainerd for 21 years. Steve joined the Fire Department, where he worked for over 15 years. Later in Life he began his own painting business and started his own trucking company which specialized in transporting honeybees.

He married Cheri (Cheryl) Butorac in December 1983. They had three children, Heather Johnson of Minneapolis, Krissy (Magnus) Nelson and Tom Brandt of Brainerd.

He enjoyed time with family camping, hunting at the Deer Lodge each fall and fishing up north on the Gunflint Trail. He was the storyteller and jack of all trades. He could fix anything and built two entire houses with help from family and friends. He was a friend to all and had a hard time saying “no” to anyone.

Steve is survived by his wife, his three children, his parents, Maurice and Ardean Brandt, of Onamia, two sisters: Kathi (Scott) clement of Onamia and Lauri (Paul) Mattson of Onamia. He is also survived by 6 grandchildren: Olivia, MJ, Elliot, Francis, Oliver, and Theodore Nelson, his mother and father-in-law, TJ and Elaine Butorac of Crosby and numerous uncles, aunts, nieces, nephews and cousins. He will be dearly missed by all his family, friends and all who knew him.

He is proceeded in death by his grandparents, best friend, Darold Moore and best dog, Toby.

To order memorial trees or send flowers to the family in memory of Steven Brandt, please visit our flower store.