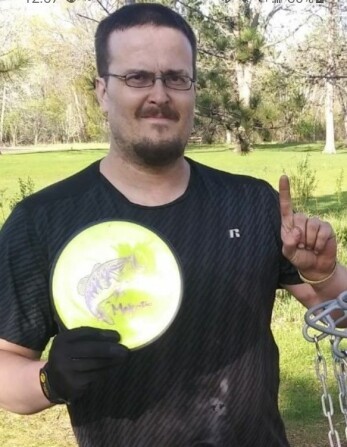 Shawn Michael Hess, 38, of Brainerd, passed away unexpectedly at home on Monday, February 21, 2022.

Shawn was born to Wendy (Corner) Boser and Spencer Hess on August 31, 1983.  He graduated from Brainerd High School and proudly served in the US Army.  He was an employee of the Brainerd Dispatch, where he was a pressman, for 12 years.

Shawn was a family man.  He loved his large family and looked for any reason to have a family gathering.   Shawn often visited his mom and would enjoy a good home cooked meal with her.  He checked on her daily to make sure she had all she needed.  He was the life of the party and loved to laugh and have a good time.  He was Wendy’s youngest and forever wore the loving badge of being the baby of the family.  Shawn wanted a truck for years and talked many times about owning one.  His dream finally came true when he purchased a white Ford truck, just one week before his death.

Shawn was athletic and loved the game of Disk Golf.  He was very active in area teams and will be sadly missed by his teammates.  The game gave Shawn so much joy.  When he was playing Disk Golf, he would get so excited.  It was great to watch him. Another passion of Shawn’s was Mine Craft.  He was a very big part of the Mine Craft community and was a phenomenal player.  He was known and well-loved in the community which spread all over the world, including Belgium, England and more.  He was well loved within the server and many world-wide have voiced their sadness of his sudden, untimely death.

Shawn will be dearly and profoundly missed by many grieving family and friends.  He leaves behind his beloved daughter, Hayley Grace Hess, Brainerd; the love of his life and dear friend, Irene Marshall; his mother, Wendy Kaye Boser, of Brainerd; brothers, Troy Carner, Pillager, Chad (Julie) Carner, St. Cloud, David Hess, Iowa; sisters, Linda Tartaglia, New Mexico, and Lauri Hess, California. Also, many nieces and nephews whom he enjoyed immensely and extended family of Irene Marshall who took Shawn in as their own from the beginning.

Shawn is preceded in death by his father Spencer Hess; grandparents, Velma and Francis Hess and Viola and Don Corner.

Burial will be at Camp Ripley where there will be an internment for both Shawn and his father, Spencer Hess.

To order memorial trees or send flowers to the family in memory of Shawn Hess, please visit our flower store.