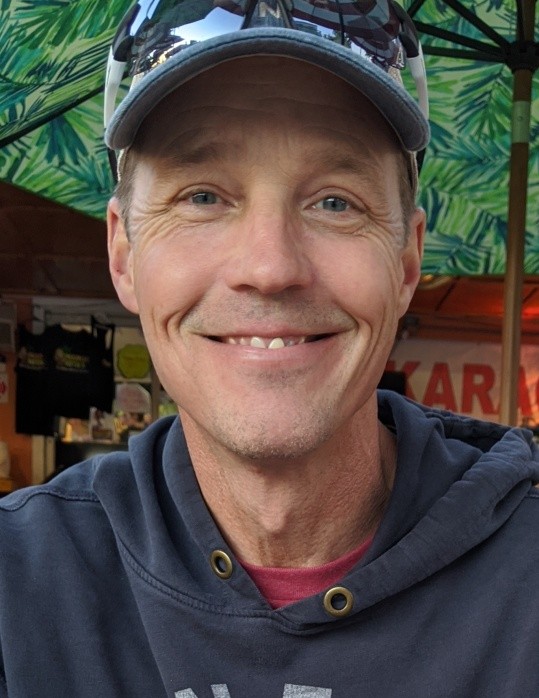 Scott was born to Merlin (Mert) and JoAnne (Krebsbach) Jensen on Jan. 24, 1969, in Hutchinson, Minnesota. He grew up on a small farm outside Hutchinson, and graduated from Hutchinson High School in 1987. He attended Mankato State University, and then transferred to Minnesota School of Business from which he received his degree in 1991. Throughout his career in the Twin Cities, Scott worked in restaurant management, in the healthcare industry, and finally for a uniform and floor mat company. In 2018, Scott and his wife Amy moved to the Brainerd Lakes Area where they hoped to finish out their careers and retire. In Brainerd, Scott worked at, and enjoyed, his painting job with Gary's Painting.

Scott was an avid fisherman although he never did find the perfect fishing hole in Gull Lake. In the winter, he enjoyed spearing. He was a lifelong Minnesota sports fan and loved the Vikings. As those who knew him can attest, every year he swore that "this is the year" the Vikes would finally win the Super Bowl. At home, he enjoyed playing with his two rescue dogs Daisy and Bella, and spending time outside on the yard.

Scott is survived by his wife Amy; sons Tanner (Lauren), 28, and Logan, 26; stepkids Laura (27) and Jeff (25); and grandson Parker, 5. He is also survived by sister Julie (Wayne) White and brother Jeff Jensen of Hutchinson; nephews Kyle, Garrett, Hayden and Brady; and nieces Lyndsey and Jordan. He is preceded in death by his parents.

A celebration of life will be held on Saturday, July 31, from 10 a.m. - 1 p.m. at Brenny Family Funeral Chapel in Baxter. At 11 a.m., we will have a short service with lunch at the funeral home immediately following.

In lieu of flowers, memorials preferred to the family.

To order memorial trees or send flowers to the family in memory of Scott Jensen, please visit our flower store.