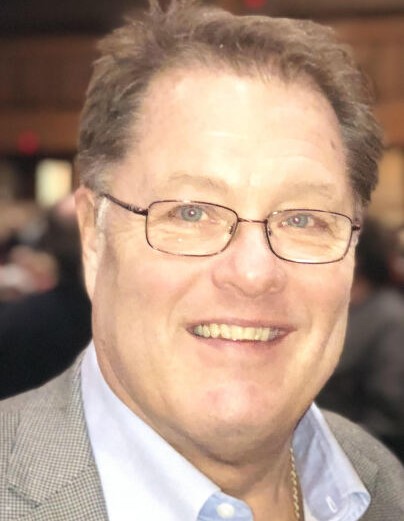 Roger Larry Kantor, age 63, passed away unexpectedly on July 24th, 2021. The last two days of his life were spent surrounded by his children and grandchildren enjoying life to fullest on the water at his home on the Gull River.

Roger was born September 7, 1957, in St. Cloud, MN to Roger and Gloria (Casey) Kantor. After spending 10 years moving around with the military, his family settled in rural Foley, MN. He graduated 3rd in his class from Foley High School in 1976, then attended, what was then called, St. Cloud Area Vocational Technical Institute studying electronic data processing.

On February 4th, 1978, he married his high school sweetheart Dorothy (Lewandowski) Kantor. Together they lived and raised their three children in Byron, Brennyville, Clear Lake, Clearwater, Sartell and St. Cloud, MN. He served as the mayor of Clear Lake for six years. In 1994 He and Dorothy purchased land on the Gull River near Brainerd; in 2013 they moved there permanently.

Roger worked as an IT consultant, Senior Project Manager, with clients located throughout the U.S. For 15 years of his career he and Dorothy co-owned and operated Northwest Computer Consultants Inc. Roger was a strong leader and a man of his word. It was important to him to be a mentor and encourage his staff to develop their skills. When a job was well done he felt it important to celebrate everyone’s accomplishments. Roger loved to learn. He continued his education over the years, participating in the Blandin Foundation Community Leadership program, graduating with a Bachelor of Arts in 2010 from the College of St. Scholastica and earning his Project Management Professional (PMP) certification with one of the highest test scores from the Project Management Institute. He retired in May, 2021, grateful to never have to wear a suit again.

Roger was a loving husband, devoted to his marriage commitment. He was always initiating date night plans, preparing romantic dinners for his wife, planning picnics on the boat, or dinners out. He would often bring home wildflowers, sometimes stopping on the side of the road to pick them. “I  love my wife” was a bumper sticker he placed on every car he owned. Roger and Dorothy shared their devotion to marriage by volunteering for 30 years as a sponsor couple for those engaged to be married in the Catholic Church and 15 years as speakers for the St. Cloud Diocese Marriage Preparation Course.

Roger was active in the Knights of Columbus as a 4th Degree Knight, and was a Eucharistic minister and Lector. He was a man with a caring and giving heart, willing to help a friend, neighbor or stranger in need with both actions and monetary gifts. Roger enjoyed grilling, golfing, a good game of cards, fishing, boat rides, feeding birds, gardening, traveling and happy hour with the neighbors.

A visitation will be held from 9-11 am on Thursday, July 29th at All Saints Catholic Church, 16898 Carlson Lake Rd NW, Brainerd, MN, with the funeral Mass at 11 am. Burial will be Friday, July 30th at 11am, at the St. Marcus Catholic Church cemetery, Clear Lake MN.

To order memorial trees or send flowers to the family in memory of Roger Kantor, please visit our flower store.