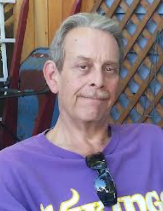 Robert "Bob" Joseph Miller, 58, of Fifty Lakes, formerly of Bloomington, Minnesota, passed away peacefully on Tuesday, November 16th, 2021, after a year-long battle with cancer, with his wife Patty Miller by his side. Bob was a devoted husband and father, caring brother, loving uncle and friend to all he met throughout his life.

Bob was born on December 21st, 1962, in Long Beach, California where he was adopted by Johnny and Virginia Miller. The second of seven adopted children, Bob and his family grew up in St. Louis Park, MN before moving to Rogers, Arkansas where he graduated high school. The family eventually returned and laid down roots in Apple Valley, MN. Bob would go on to work at Little Six Bingo Palace in Prior Lake, MN where he would meet his wife Patty Miller. Bob and Patty were married for 33 happy years.

Bob always had a dream of owning and running a golf course. In December of 1999, the Miller family made the decision to make that dream a reality by purchasing Fairways at Howard's Barn in Fifty Lakes, MN. "The Barn" became not only their business, but their home, where they raised their children, Joe and Katie, and became members of the Fifty Lakes community. Bob would even serve on the Fifty Lakes city council for 8 years in addition to running his restaurant and golf course, until 2018 where economic hardships forced them to close their doors for good. Bob went on to become the liquor store manager at Moonlite Square in Crosslake, MN, where he continued to be a face in the community. He was well known as the host of many wine dinners at Maucieri's Italian Bistro. He continued to work there until he needed to stop due to complications with Stage 4 lung cancer.

Bob was known as a friendly and open person, always willing to have a conversation about anything under the sun. His quick wit and humor will be missed by all who were close to him. His hobbies included golfing, playing in poker tournaments around the state, and going on trips with his wife. As a big fan of classic rock, he would find time to go see his favorite artists such as KISS and Prince. He was a fan of all the Minnesota sports teams and enjoyed going to games with his friends and family.

To order memorial trees or send flowers to the family in memory of Robert (Bob) Miller, please visit our flower store.