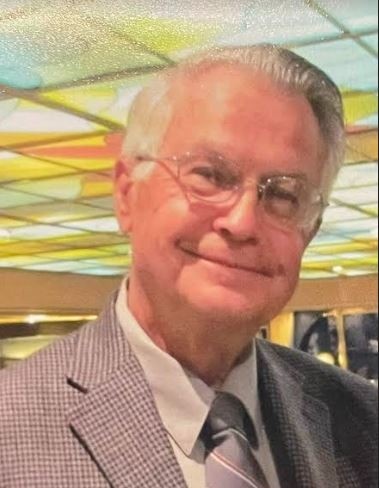 Robert (Bob) Oden, age 86, passed away from pancreatic cancer on Wednesday afternoon, March 30, 2022, while holding hands with Mavis, his wife of 35 years.

He was born in 1935 in Modesto, CA, to Francis (Ed) Oden and Katherine (Kaye) Roselle. After their divorce, he spent a good share of his young life on his grandparent’s ranch in Ukiah, CA – a boy’s dream to grow up with horses and acres on which to ride them.

After high school, Bob joined and served in the Navy for 2 years and then another 2 years in the Naval Reserve. Returning to civilian life, he chose career paths that always made the world more attractive. He and his partner and life-long friend, Tom Doucette, started business together – first in the painting and wallpapering field, and later transitioned into sealcoating, and stripe painting of parking lots. Not only did he add to the beauty of Napa, CA, he also made it a safer place to live by serving in the police reserves for 25 years.

Leaving Napa, Bob and Mavis’s first twelve years of retirement were spent in Oroville, VA, where he deepened his bond with his stepfather Richard (Dick) Santos, caring for Dick during the final years of his life.

Bob and Mavis stopped in Brainerd, MN on their way to settle in Michigan; but, decided to stay. Bob loved Minnesota – Even the winters. Once Settled, he hit the ground running and got a post-retirement job at Menards. Two of Bob’s many interests were operating a ham radio and model trains. Bob quickly tracked down these local organizations, participating in many ham radio functions and serving as President of the Norther Minnesota Railroad Heritage Association in Cross Lake for 4 years. Bob enjoyed inviting guests to visit the displays at the Railroad Museum (especially children). Bob’s greatest joy was helping other people.

Bob is predeceased by his parents Ed and Kaye Oden, as well as his beloved stepfather Richard (Dick) Santos, Orletta Santos and half-sister, Diana Bertucci. Bob’s request was to be laid to rest beside Dick Santos in the family plot in Ukiah, CA.

Visitation will be Saturday, April 23, from 3 to 4pm with a memorial service and reception to follow at the Seventh-Day Adventist Church in Brainerd.

To order memorial trees or send flowers to the family in memory of Robert Oden, please visit our flower store.