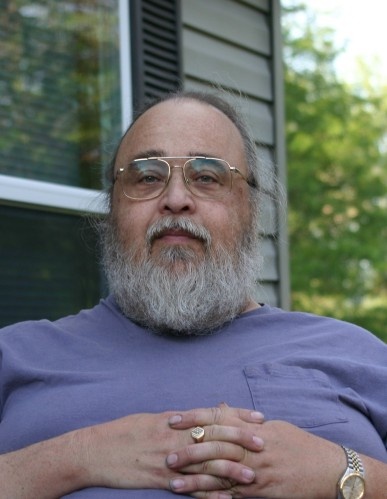 Robert (Bob) Frank Haberle, 68, of Baxter, passed away on April 8, 2022. A celebration of Bob's life will take place at Brenny Family Funeral Chapel in Baxter on Saturday April 30, 2022, at 4:30pm with visitation starting at 3:30pm. Bob was born to Frank and Dorothy (Brown) Haberle on July 28, 1953, in Bemidji, Minnesota. His family moved to Brainerd in 1956. In Brainerd he made lifelong friends who would remain in his circle of close friends throughout his life, and he gained the nickname “Ace” in his teenage years. He graduated from Brainerd High School in 1971 and Wadena Technical College in 1974. In May of 1975 Bob started working for US west, which later became Qwest phone company. He retired from Qwest in March of 2006 as an Engineer Manager. Bob enjoyed reading, deer hunting, spending time with his friends, chess, computer, photography, music, and fishing with his father and George Cooper. He was a founding member of Let’s Go Fishing. He was proud of his thirty years of sobriety that began October 5, 1991. Bob was a son, father-figure, brother, uncle, and a good friend. He will be missed by all who knew him. Bob is survived by his sister Tammy Haberle; niece Sarah Haberle; cousin Mike (Nita) Brown; extended family Jill Luster, Dustin Miller, Johnetta Miller, Royanna Miller, Madison Miller, Earnest Luster, Sinceer Luster, Cheri Luster, Victorya Luster, Ja’mez Luster, Cherrille Schwab, Twaquela Luster; pets Friday, Itty bitty, and Chaos; and all the fish he didn’t catch on Gull Lake. He was preceded by his parents, grandparents, his dog Menace, and cats Mitzu, Snowball, and Scooter.

To order memorial trees or send flowers to the family in memory of Robert Haberle, please visit our flower store.