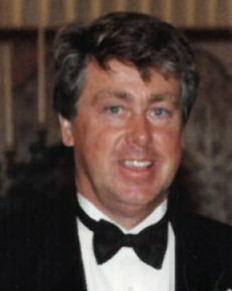 Robert “Dick” Belling, 79, of Motley passed away peacefully with his family by his side, after battling health issues. Funeral service will take place at 11 am on Monday, October 31, 2022 at the Brenny Family Funeral Chapel. A visitation will take place one hour prior to services. Interment will be at Evergreen Hill Cemetery in Staples, MN.

Dick was born on February 12, 1943, to Robert and Helen (Reid) Belling in Brainerd, MN. As a family, they moved to Staples in 1948 and he graduated from Staples High School in 1961. In 1967, Dick graduated from the University of Minnesota School of Dentistry.  On May 1, 1967, he married Cheryl (Cheri) Thorn. He was then stationed at the Fort Riley, Kansas, Army Base for two years.

Upon discharge in 1969, Dick and his family moved to Springfield, MN. He and Cheri spent many wonderful years there raising their family. Summers were spent at their cabin on Lake Shamineau. In Springfield, Dick established his Dental Practice in 1969 where he worked until his retirement in 2007. Upon retirement, they made Lake Shamineau their home. Dick served 19 years on the Springfield School Board and was a proud member of the Lion’s Club and American Legion.  He was a loving father and valued time spent with his grandchildren. His newest title as great grandfather really proved to be a highlight in his life. Laynie was able to bring a lot of joy to him. Dick also enjoyed golf where he was a 4-time club champion, poker, reading, and spending time on the pontoon. He also looked forward to spending winters in Morro Bay and Palm Springs. Dick will be greatly missed by all who knew him.

Arrangements have been entrusted to Brenny Family Funeral Chapel, Staples.
To order memorial trees or send flowers to the family in memory of Robert "Dick" Richard Belling, please visit our flower store.