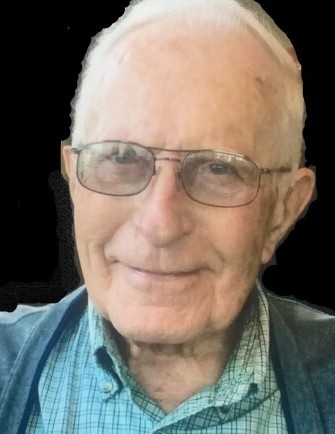 Funeral services will be held on Saturday, September 11, at 2 p.m. at the Assembly of God Church in Staples with Rev. Mike Shields officiating. Visitation will be held one hour prior to the services at the church. Burial will be in the Motley Public Cemetery.

Bob was born in Fairview Township, Cass County on August 24, 1924, the son of Ralph & Agnes (Duffy) Cole. He attended a country school and worked on his family farm. In 1944, he was drafted into the Army during WW2. He fought in combat in the Philippine Islands and later became a Flight Engineer on a B-17 Bomber in the 77th Emergency Rescue Squad out of Hickman Field in Hawaii. He returned home to Pillager after the War, helping his father run his sawmill. He eventually moved to Minneapolis working various jobs there. He joined the Navy in 1950 during the Korean War, serving on the Destroyer USS Steven Potter. On a two week leave, he was united in marriage to Doris Frisk on July 28th 1951 at the Motley Gospel Tabernacle, the start of an almost 60-year marriage. When he returned from the Navy in 1954, Bob & Doris lived in Minneapolis where Bob was employed at the Minneapolis Post Office. He eventually got a job at the St. Paul Post Office as a Postal Clerk and they moved to West St. Paul where they raised their family. Upon retirement from the Post Office in 1980, they moved to the banks of the Crow Wing River by Motley, MN to enjoy their retirement years. Bob was a nature enthusiast, an avid reader and devoted to the Lord. Robert served on church boards in St. Paul and at Staples Assembly of God and also served on the May Township Board. He was very proud of his military service to our country.

To order memorial trees or send flowers to the family in memory of Robert Cole, please visit our flower store.