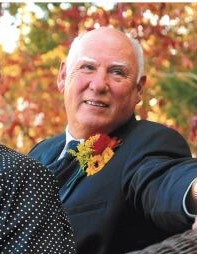 Richard Auger passed away on Friday, July 1st, 2022, at the age of 82. Dick passed with his wife Sharon and children Mike, Lori and Tom by his side.

Dick had a deep love for family.  Dick and his wife Sharon would have celebrated their 61st anniversary coming up on August 19th, 2022.  Dick and Sharon started their family living in North Minneapolis, and eventually moving to Brooklyn Center.  They decided to purchase what was Hought’s Resort in 1974 and moved permanently to Motley in 1976.  He spent the first two years at the resort truck driving for UPS Monday through Friday and coming up to the resort on weekends.  In 1976, when Dick and his family moved to Motley, he worked full time operating the resort and started this spring in his 49th year.

Dick had a love for the outdoors and had many fishing and hunting trips with his friends.  His love of the lake brought him to Lake Shamineau where his family vacationed at the resort which would eventually be owned and operated by Dick, Sharon, and their children.

Dick will be sorely missed by his family, friends and the many guests that became almost like family over the years at the resort.  He will forever be in our hearts!

A visitation for Dick is planned for Thursday, July 7th from 10:00am to 11:00am with the funeral service to follow immediately at 11:00am.  A luncheon will be held after the service and graveside burial will follow at 1:15pm at the Scandia Valley Cemetery.

To order memorial trees or send flowers to the family in memory of Richard "Dick" Auger, please visit our flower store.