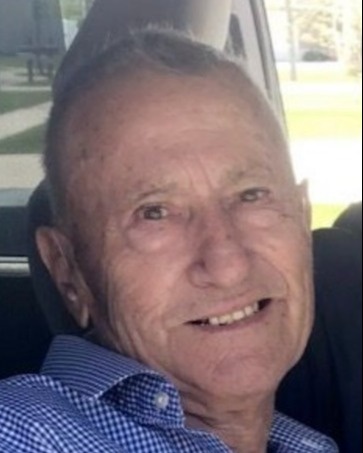 Ray was born on August 3, 1937, to Oscar and Helen Olek, in Forbes, ND. He was raised on the family farm and graduated from Felton High School in 1955. He graduated with a two-year degree from the University of Minnesota School of Agriculture. Ray enlisted in the Army Reserves in 1959 and received an honorable discharge December 1, 1963.

Ray held different employment positions in the Agriculture Industry and retired from DeKalb/Monsanto in 2000. Marge and Ray moved from Hutchinson, MN to the Brainerd area, where he worked part-time at the golf course at Grand View Lodge, retiring in 2010. Ray was proud to be a member of the Eagles Club for 50 years. He savored a peaceful day on the lake boating and fishing, enjoyed a friendly competition in horseshoe, billiards, and cornhole. A good day was having ice cream with the grandkids.

Ray was preceded in death by two brothers, Kenneth, and John, one sister Helen Joyce, and his parents Oscar and Helen, in-laws John and Leona Jereszek, and son in-law Jeff Braaten.