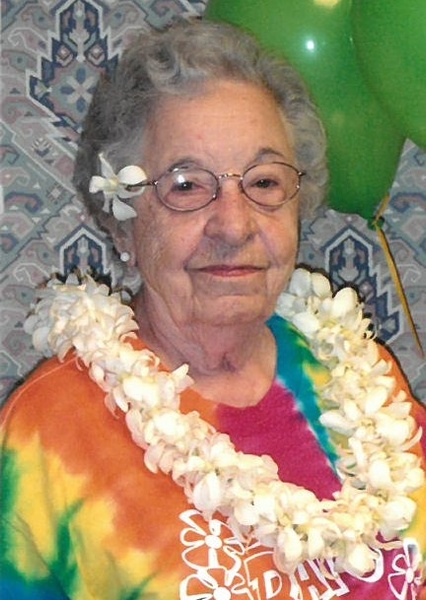 A celebration of life will be held 2pm on Sunday, August 21, 2022 at the Brenny Family Funeral Chapel in Staples with a visitation starting one hour prior to services.

Rae was born in Honolulu, Hawaii on October 4, 1913 to Maria Deleon Jordan and Herbert Ray Jordan, Sr. She spent her childhood years catching crabs, swimming in the ocean, surfing, camping, watching Hawaiian fisherman bringing in their nets and enjoying all other outdoor activities. After graduating from McKinly High School in 1931, she attended the University of HI for one year and then moved to the mainland to attend St. Luke’s Nursing School in San Francisco, California.

Upon graduating with her nursing degree, Rae returned to Hawaii and was a registered Nurse at Waipahu Hospital on the Sugar Plantation. She married Joseph Anthony Walthall, Sr. and they started a family. They witnessed the bombing of Pearl Harbor and as a nurse Rae immediately helped in taking care of the many wounded soldiers. Shortly after, the family left on the Aquitania for a safer environment moving to Hollywood, Chicago and eventually settling in Minneapolis. They lived there for 25 years raising their children and enjoying boating up and down the Mississippi River. Rae enjoyed using her nursing skills working with polio victims at Sister Elizabeth Kenny Institute. Due to her husband, Joe’s job transfer, their next move was to Ohio where Rae stayed for 40 years. For part of her time there, she was the Director of Nursing at Darlington House in Toledo. She was widowed in 1982 after 44 years of marriage.

In 2008 Rachel moved to Lakewood Pines in Staples, living there for 11 years before moving to the Care Center. She had a sincere appreciation for many friends and the care she received while residing there.

To order memorial trees or send flowers to the family in memory of Rachel Walthall, please visit our flower store.