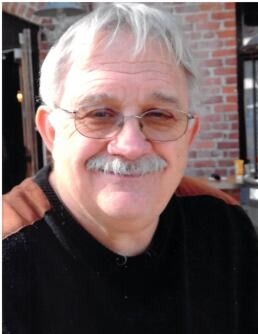 Perry Caspers was born September 2, 1954 to Donald W. and Druzella (Rekkedahl) Caspers in Olivia, MN.  He died from complications of thrombocytopenia and pancreatic cancer on Saturday, October 9, 2021 at the Crosby Hospital in Crosby, MN.

He was baptized into the Lutheran Faith at Our Saviors Lutheran Church in Bird Island, MN on October 17, 1954.  Sponsors were Harvey and Irene Rekkedahl.  He attended Bird Island Public School and graduated from Bird Island High School in 1973.  He went on to graduate from South Dakota State University in 1978 with a degree in Agronomy.

Perry work for Green Giant as a seasonal from 1972-1978.  He was hired by Green Giant as a Field Representative in 1979.  He continued to work for the same company, which had multiple different owners..  His final job was Agricultural Manager for Seneca Foods in Montgomery, MN.  He retired from the company May of 2019.  He and his wife, Connie moved to Crosslake Lake, MN in 2018.

He enjoyed annual hunting trips to Shade Hill, South Dakota with his college buddies from 1987 to 2020.  This past year he was unable to join his friends due to failing health.  He enjoyed many vacations and trips with his wife, and sometimes with children and grandchildren.  Fishing was also something that he enjoyed.  His wife and grandchildren had many fun fishing outings with him.  He also enjoyed raising chickens, ducks, and geese. Gardening was another area of interest.  Frequently neighbors and friends enjoyed his produce.

He was preceded in death by his father, Donald W. Caspers and mother Zella (Rekkedahl) Caspers and a brother, Jon Caspers.

A visitation will take place from 10am-12pm on Saturday October 16th at the Crosslake Lutheran Church with funeral services starting at 12pm.

To plant a beautiful memorial tree in memory of Perry Caspers, please visit our Tree Store.

To order memorial trees or send flowers to the family in memory of Perry Caspers, please visit our flower store.