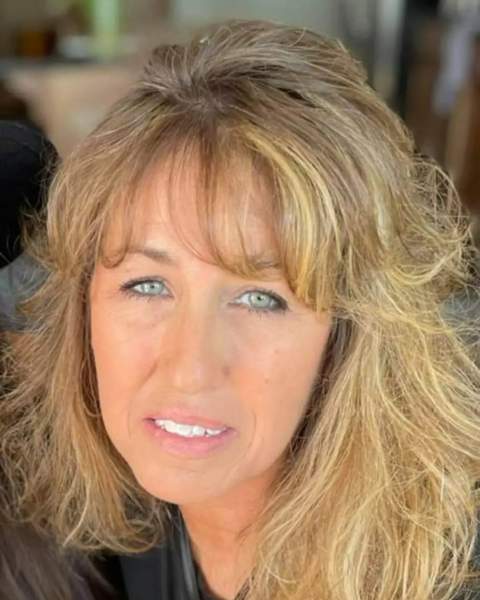 Paula Bernier, age 53, passed away on August 28th, 2022 as a result of her harrowing battle with Cancer. She was surrounded by her family and sung to sleep by her youngest son.

Paula was born the youngest child of Paul Bernier and Lynda Lou Vealey in San Mateo, California on May the 6th, 1969. She attended Brainerd High School and later received her trade certification in welding and fabrication from Central Lakes College. She was presently living in Elk River and working to purchase her own land and build her dream home.

Paula enjoyed spending time with her family, gardening, and a wide variety of home crafts. She has been described as the heart of her family and brought warmth and joy to everyone around her.

Paula leaves her three children Katie, Keith, and Kristian Haymaker, and her grandchildren Elise, Evelynn and Paul Haymaker. She is also survived by her father Paul and her stepmother Linda Bernier, as well as two Sisters (Becky LeClerc and Renee Bjordahl), and her brother Jasen Ritter. She is preceded in death by her mother Lynda and her brother Jamey Ritter.

To order memorial trees or send flowers to the family in memory of Paula Ann Bernier, please visit our flower store.