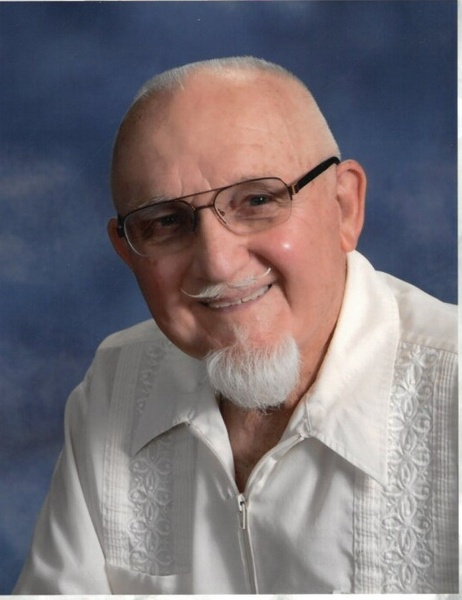 Paul Dusan Vrudny was received into the loving arms of his Creator on May 22, 2022, at the age of 93, surrounded by family.

Born May 16, 1929, in Bethlehem, Pennsylvania, to John and Mary (Mihok) Vrudny, he was the middle child of nine. In addition to his wife (Myra), to whom he was married to for 68 years (August 8, 1953), and his children Elizabeth (William) Brostrom, Timothy (Elizabeth), Matthew (Bonnie), Joseph (Kimberly), and daughter in-law Lesley, he is survived by 17 grandchildren and 22 great grandchildren. He is also survived by his younger siblings, Robert and Doris. He was preceded in death by his parents as well as his elder siblings Walter, Daniel, Lydia, and Ruth, and by two of his younger brothers, John and Ted. He was also preceded by two of his own children, son Daniel and daughter Rachel, one grandchild and one great-grandchild.

He moved with his parents to Minneapolis in 1932, when his father accepted a call to Holy Emmanuel Lutheran Church. He attended Roosevelt High School, where he was an avid sportsman, playing football and racing as a speed skater and track sprinter. He was voted class president and earned the citizenship award. He won the Silver Skate award for being the top speed skater in Minneapolis in 1941. He attended Gustavus Adolphus College for one year but enlisted in the Army. He was deployed twice to Berlin as Germany recovered after World War II. When he was honorably discharged in 1951, he returned to school and graduated from Gustavus Adolphus College with a degree in teaching in 1955.

He taught in St. Peter, Gaylord, and Mahnomen, all in Minnesota, before settling down in Brainerd. He taught first at Brainerd High School, and then in the elementary schools in Brainerd from 1959 until 1987. He was instrumental in starting the swimming program and cross-country team at the High School, as well as initiating programs in basketball, track, and gymnastics at the elementary level. Over the years, he coached football, cross country, swimming, and track. He taught first aid at the Legionville Camp for school patrols many summers. He volunteered at Camp Confidence and helped build homes with Habitat for Humanity.

Paul was a very faithful member of Zion Lutheran Church holding numerous leadership positions and participating on committees for over 60 years. He was active with the YMCA with the Y’s men’s group and building committees. He was a beloved member of the Brainerd community and will be remembered as an entertainer. He enjoyed performing with the Geritol Frolics and a number of Barbershop Quartets. He loved square dancing and singing in the church choir with Myra. As an outdoorsman, he appreciated time spent fishing and spending time at the cabin, as well as traveling to visit with his children, grandchildren, and great grandchildren.

The memorial service for Paul will be held at Zion Lutheran Church in Brainerd on Monday, May 30, 2022, at 11:00am. A viewing will be held an hour prior to the service. The funeral will be livestreamed by Zion at https://www.youtube.com/channel/UC4UE_gAWyiabicRR-ZL7FsA  A reception will follow.

In lieu of flowers, memorials are preferred in his memory to St. Croix Hospice or a Charity of your choice.

To order memorial trees or send flowers to the family in memory of Paul Vrudny, please visit our flower store.