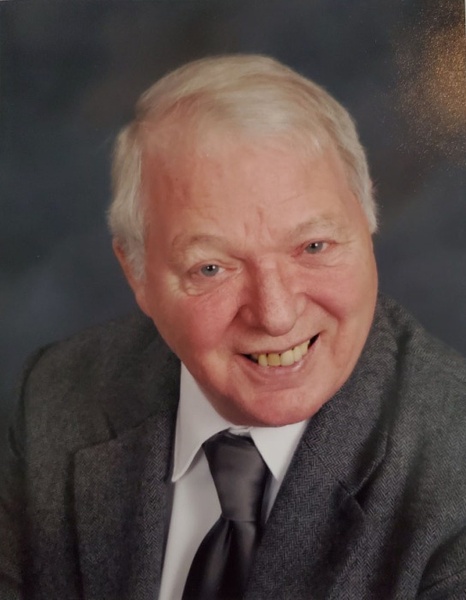 Omar O’Connell, 79, passed away on Thursday September 2, 2021. A Mass of Christian Burial will be held 11am on Tuesday September 7th at the Christ Our Light Catholic Church in Princeton, Minnesota. Visitation will be 2 hours prior to services.

Omar Earl O’Connell was born to Jack and Eileen (ne Gibson) O’Connell on May 4th, 1942 in Maplewood, MN.  Omar is from White Bear Lake, attended White Bear Lake High School, graduating  in 1960.  Following graduation Omar served in the Navy.  After the service, he married his love Irene Warzecha on June 10th 1967. A proud father, he raised three deeply loved children Larry, Gene & Kelly while living in Champlin and Maple Grove.  Omar was a master electrician, owned O’Connell Electric, and worked at Rosemount Inc.  Omar retired, and moved to Birchwood, WI.  An active volunteer, he was a leader in the Champlin MN Lions and the American Legion Birchwood. .  Omar is survived by his beloved wife of 54 years Irene; treasured children, Larry, Gene (Julie), and Kelly (Chad); cherished grandchildren; Ashley, Alicia, Lauren and Jacob; delightful great-grandchildren; Jax, Sophia, Hunter, and Beau.

He was preceded in death by his parents and brother Rick.

To order memorial trees or send flowers to the family in memory of Omar O'Connell, please visit our flower store.