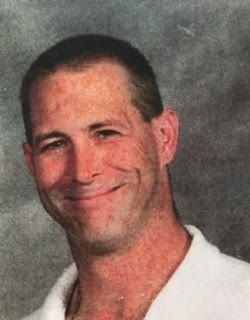 Michael Knoll, 57, passed away on February 8, 2021, at a hospital in Brainerd after losing his battle with lung cancer.

Michael was born on February 11, 1963, in Glenwood, MN to Lowell and Elsie (Gunderson) Knoll. He was welcomed home by three older sisters. The family moved several times and in 1975, the family moved to Fergus Falls. Mike attended Fergus Falls High School and graduated in 1981.  As a young boy he joined a Little League baseball team and was thrilled to be chosen as their catcher. Mike enjoyed outdoor activities of all kinds, especially hunting with his Dad and Grandpa. He also enjoyed cooking with his Mom and Grandma. His future career was a cook. He attended the Culinary Institute in Scottsdale, AZ and earned his degree as a Culinary Chef. Mike was a very instinctive and innovative Chef and rarely used a recipe. He enjoyed shooting pool and was a member of several different teams. Mike was a very social person and loved being around people. Once you were his friend, you were a friend for life.  Before moving to Brainerd, Mike was the Kitchen Manager at the V.F.W. Club. In Brainerd, he was the Kitchen Manager at Breezy Point Resort where he worked up until his illness and his death.

Michael was preceded in death by his father, Lowell. He is survived by his daughter, Kristine (Adam) Wetsch and his grandchildren, Anders and Aura of Tampa, Florida; his mother, Elsie Knoll of Pioneer Care in Fergus Falls; four sisters, Dede Caldwell of Duluth, MN, Cindy (John) Munson of Polk City, IA, Joni Miskimins of Polk City, IA, and Patti (Robert) Hutcheson of Gresham, OR, and many nieces and nephews. A memorial service will be held at a later date.

To order memorial trees or send flowers to the family in memory of Michael Knoll, please visit our flower store.