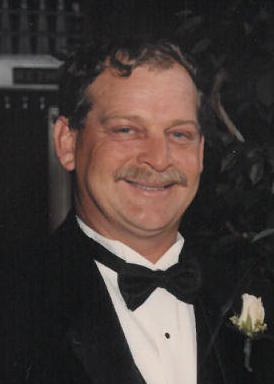 Michael Ray Amsden (Mike/Mick), age 69, of Crosslake, Minnesota passed away on August 5th, 2021  after a brief stay at Whitefish at the Lakes he was surrounded by his family.

Funeral Services will be at Immaculate Heart Catholic Church in Crosslake, Minnesota on August 17, 2021 at 12pm with a visitation starting at 10am.

Mike was born March 31st, 1952 to Leslie and Neola (Schunk) Amsden in Comfrey, Minnesota. He Graduated from Comfrey Public School in 1970. Mike worked construction until 1976 when he decided to move his family to Crosslake where he remained until his death. Mike decided to further his education at Brainerd Vocational School in 1977 he graduated from the small engine repair program. After graduating he worked as a small engine mechanic locally. Mike had a passion for fire-fighting he was a member for 20 years of the Crosslake Volunteer Fire Department where he served as a fire chief for a few years; additionally, he had the privilege to go to Yellowstone National Park in 1988 to fight the forest fire. Continuing to pursue his passion Mike went to work for Alexandria Technical and Community College as one of the three training coordinators in the fire and safety department. He specialized and trained individuals in confined space entry and hazardous material safety. He held an advanced safety certification form the National Safety Council and trained at some well-known companies such as: Hormel, General Mills, 3M, IBM, Boise Cascade, and multiple fire departments across the Upper Midwest. After leaving the Technical College Mike went to work for the City of Crosslake in the Public Works Department until shortly after his heart transplant in November of 2015.

Proceeded in Death by his parents Leslie and Neola Amsden, Brothers Kenneth and Gary Amsden and Nephew Derek Haseleu.

Mike loved creating many memorable moments with his family, friends, and especially his grandchildren. He enjoyed fishing year round “for whatever is biting”, boating, hunting, farming, snowmobiling, a good NASCAR race or cowboy show, and traveling to a warm beach like Mexico. He loved to enjoy morning coffee and conversation with his friends. Anytime you would see Mike he was in his flannel jacket, with a twinkle in his blue eyes, a smile, and always a good sense of humor or a joke to share. Mike’s shenanigans and mischievousness traits that made him  so dammed loveable and yet forgivable. Mike’s high school graduation saying was “I served my time now good bye” looking back this seems applicable to his life as he served his time here admirably with his big heart of gold guiding him along the way. Mike/Dad you were so loved and will be missed.

To order memorial trees or send flowers to the family in memory of Michael Amsden, please visit our flower store.