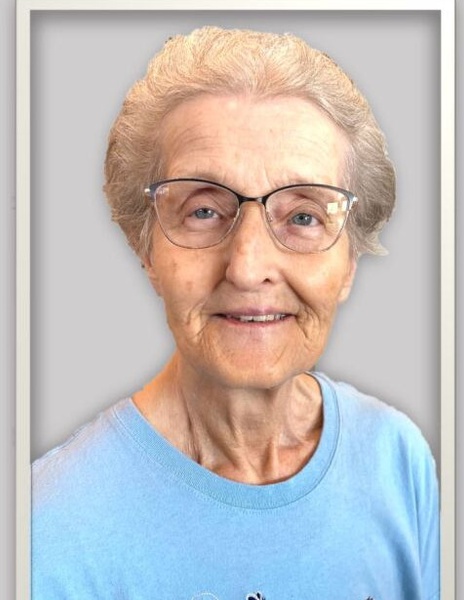 Following her graduation from Burwell High School in 1954, she taught at a small, rural school near North Loup, NE. While living in North Loup, she met the love of her life, Gary Larkin.

Gary and Marilyn were married on May 27, 1956 and shortly after that moved to Great Bend, KS. They purchased a home on McCormick Street and Marilyn lived at that location for the next 63 years.

She spent many years working in medical records and as a nurse aide before obtaining her LPN license. After becoming an LPN, she worked at the hospital in Great Bend for several years until an ankle fracture forced her retirement. Marilyn continued to provide elder care for friend’s family members following her retirement. She was a loving and caring person and was happiest when she had someone to care for. Even in the past year she continued to help care for the other residents of the assisted living facility.

Following Gary’s death in 2017, Marilyn continued to care for the home until her health declined to the point that she was unable to manage by herself. The family made the decision at that time to move her to an assisted living facility in Minnesota, near where her niece Becky lives.

Marilyn was a lover of all animals and had several special pets that she shared her home with over the years, notably, dogs Spooky and Peppy and cats JR and Mr. T. She was also very proud to be a native Nebraskan and enjoyed watching the Huskers play football.

She was preceded in death by her husband and her parents. She is survived by her brother Richard (Ilow) of O’neill, NE and brother-in-law Gene (Hazel) of Lincoln, NE. Numerous nieces, nephews and friends also mourn her loss.

To order memorial trees or send flowers to the family in memory of Marilyn Larkin, please visit our flower store.