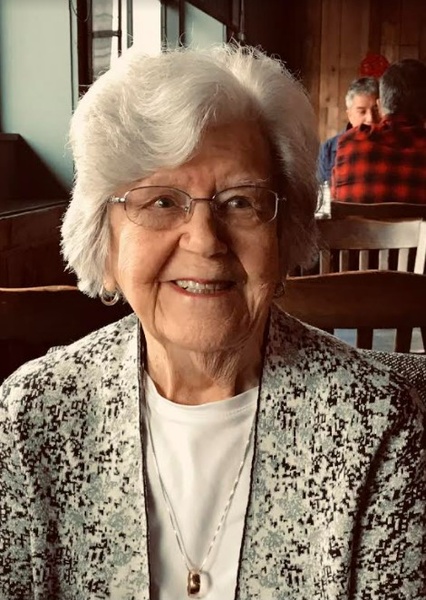 Margaret (Berg) Henkel was born in the small town of Sunburg, Minnesota, on March 15, 1925 to Melvin Berg, who owned a small general store and canteen on Lake
Andrew, and Sadie (Quale) Berg, a housewife. She was the youngest of three children, with two older brothers.


Margaret grew up speaking Norwegian on her paternal grandmother’s farm, transitioning to English after her parents moved to Lake Andrew and she was sent to the local one-room schoolhouse. In her teens she attended high school in the nearby town of New London, graduating in 1943.


Defying her parents’ expectation that she remain at home until marriage, Margaret enrolled in 1943 in the Swedish Hospital School of Nursing in Minneapolis. In a charming letter of application, she wrote that she knew three choices of profession were open to her: teacher, movie star, or nurse. While the movie star notion was appealing, she said that an aunt had inspired her lifelong dream of a nursing career. After graduating from nursing school in 1946, Margaret worked until 1950 at the University of Minnesota Hospital.


In 1950, Margaret and a friend decided to tour Europe. With backpacks, bedrolls, and $400.00 each, they sailed to Liverpool and eventually made their way to London, Paris, the French Riviera, Rome, and various cities in Germany. Her friend returned home—as most tourists do—but Margaret decided to live and work in Germany. She had an eventful three years there: Margaret worked as a nurse at the 495th U.S. Air Force Medical Group in Wiesbaden; she married; and she gave birth to Jackie, her first child. In late 1953 Margaret returned to the U.S. with her husband, then lived and worked briefly on Long Island before divorcing and returning to Minnesota in 1954.


Back again in Minnesota, Margaret worked for three years as a training instructor for nurses’ aides at the Willmar State Hospital. There she met Neil Henkel, a member of the athletic staff, whom she said had charmed her with his sense of humor. They married in 1958.

Margaret and Neil soon had Marc, a baby boy—and were shortly to expect another (Greg)—as they moved to Minneapolis, then later to St. Cloud, so Neil could earn a college degree. It was Margaret who supported the family during Neil’s college years by working as a nurse, first at the Veteran’s Administration, then at the St. Cloud Hospital. By 1962 she had put her husband through college.


After residing briefly in Walker, Minnesota, where Margaret had Susan, her fourth child, the family settled again in St. Cloud. There Neil and Margaret remained for the rest of their marriage, Neil working at the Internal Revenue Service and Margaret at the St. Cloud Hospital, first in orthopedics, then as a psychiatric nurse. After her retirement in 1988, Margaret worked part-time at the St. Scholastica Convent Retirement Home.


Margaret was a lover of fine china, a talented cook, and a clever seamstress. In her retirement, Margaret and Neil enjoyed traveling all over the U.S. in their motor home, summering at Pelican Lake and Long Lake, and traveling between residences in Arizona and Minnesota.


Margaret was a fun mom; elaborate holidays and family rituals derived their energy from her. She was also intrepid: she washed diapers on camping trips and every year packed four children for the summer lake vacations she felt were important for young kids. She was a patient and kind grandmother, who played countless games of Old Maid and rummy, cooked many meals of kids’ favorite foods, sat through school plays and soccer games, and baked buckets of chocolate chip cookies.


We will all miss Margaret.


The family will announce a memorial service at a later date, when friends and family
may more safely meet in person.

To order memorial trees or send flowers to the family in memory of Margaret Henkel, please visit our flower store.