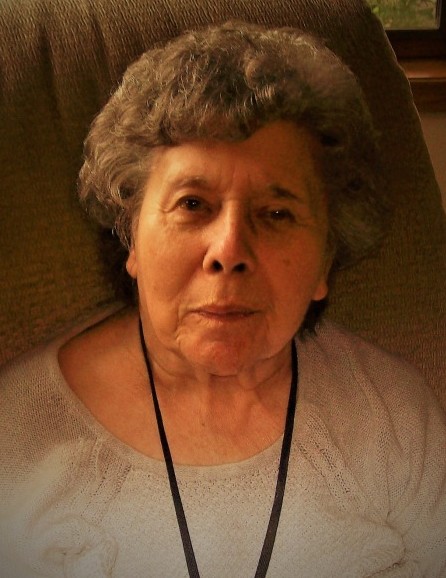 Lorene was born on April 14, 1933 on the family farm near Pemberton, MN. She was the fourth daughter of Fredrick and Lillie Mann. She lived on the farm until 1936 when her father passed away, and her mother moved the family to Janesville, MN.

Lorene attended the Lutheran School until the eighth grade when the family moved to Waseca, MN where she completed her high school education and graduated in 1951. Lorene enjoyed many school activities and had many friends. After graduation she worked for the Waseca telephone company as a telephone operator and then met her soul mate, Ralph.  The Korean War was going on at the time so Ralph went into the Air Force but they kept in touch and before the year was over, they were married and their bond continued for sixty-eight years.

The family moved to Illinois in 1970 and later to New Ulm, MN. As their 4 children grew up, Lorene worked for the New Ulm Hospital in Physical Therapy Department until she retired. She really enjoyed physical therapy and the desire to help people. During retirement Lorene and Ralph spend the winters fishing and golfing in Orange Beach, AL.  They also spent a great deal of time at their fishing cabin at Lake of the Woods.  Later in life they moved to Brainerd, MN to be closer to their children, grandchild, and great grandchildren.

Lorene was preceded in death by her son Bart, son Jeffrey, her mother and father, three older sisters. She is survived by her husband Ralph, daughter Debra (Dale) Guggenberger of Cold Spring MN, son Guy (Kala) Henkensiefken of Bemidji, MN, five grandchildren, and nine great grandchildren with a tenth due in October. She will always be remembered by her grandchildren and great grandchildren as the grandma who loved to play games with them and taught them to play cards. Lorene will be remembered as a kind and caring person who was loved by all that knew her.

Due to the Covid environment, the burial will be at a later date in the New Ulm, MN City Cemetery.

To order memorial trees or send flowers to the family in memory of Lorene Henkensiefken, please visit our flower store.