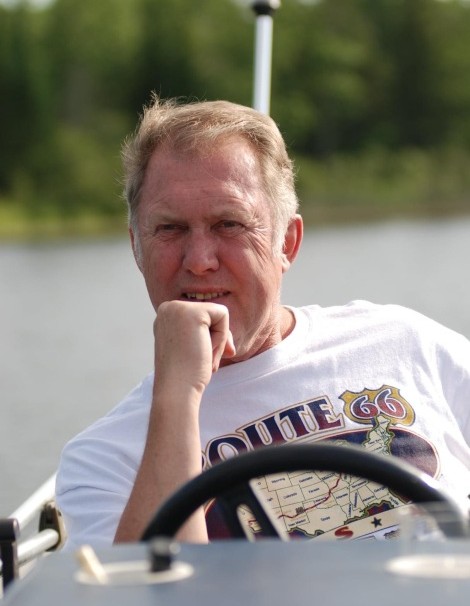 Leonard C. Lokken, 76, of Outing, formerly of St. Cloud, Minnesota, passed away peacefully with his family at his side on November 19, 2021 at Whitefish at the Lakes in Crosslake, Minnesota of Lewy Body Dementia.

A Celebration of Life will be at 12PM on Saturday, May 7, 2022, at Our Saviors Lutheran Church in Outing, MN,. A visitation will take place one hour prior to the service, and a reception will follow.

Leonard was born to Arne and Ellen (Stahl) Lokken on June 27, 1945 in Hibbing, MN. He grew up on the family farm in Celina and graduated from Orr High School. He attended St. Cloud State University and received a Masters Degree in Elementary Education. He was united in marriage to Cheryl Rein on September 19, 1964 in Bear River, MN.  Leonard went on to teach and coach in the St. Cloud School District #742 for 34 years.

He enjoyed hunting, traveling, dancing and music, pontooning and pulling skiers, snowmobiling, ATV and motorcycle riding, and gardening.  He was very much a person that enjoyed the outdoors. He was a member of the St. Cloud Amateur Radio Club, the Eagles Club in St. Cloud, and the Over the Hills Gang in Outing.  Leonard was also an active member of Our Savior’s Lutheran Church in Outing. He instilled in his family a hard work ethic, was very proud of his Scandinavian heritage, and family was very dear. He enjoyed spending precious time with his six grandchildren.

He is preceded in death by his son, Travis, his parents, mother and father-in-law, two brothers-in-law, and two sisters-in-law.

To order memorial trees or send flowers to the family in memory of Leonard Lokken, please visit our flower store.