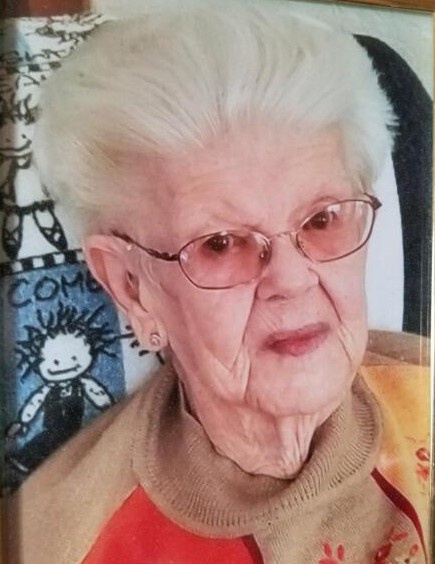 Leona Mae Wiebesick, 97 of Verndale, passed away on Monday February 8, 2021. She was born in Oylen Minnesota to Willis and Arvilla (Davison) Chumley.

Leona married Charles Wiebesick on May 16, 1943. They had four kids of their own but you could always count on having a neighbor kid there as well. Charles and Leona traveled to 38 states and they traveled to Canada. Leona had many talents. She wrote beautiful poems and crocheted many crafts. She was also interested in Genealogy.

Leona is survived by her sons; Eugene of Golden Valley, Darrell of Golden Valley and Al of Colorado Springs. She is preceded in death by her parents, husband and her daughter Myrna Lee.

Services will be at 11am on Saturday February 20 at Verndale Alliance Church. Visitation will be an hour prior.

To order memorial trees or send flowers to the family in memory of Leona Wiebesick, please visit our flower store.