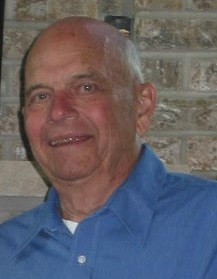 Lee grew up in West St. Paul and lived in several Minnesota towns as well as Wisconsin during his lifelong career in automobile sales. He enjoyed camping, fishing, bowling and various card games. Lee was active in the Masons (Twice, Past Master of Shekinah Lodge #171) and a member of the Nisswa Lion's Club after retirement.

Lee is survived by his wife, Marlene Minke, his two children Lee Jr. (Karen), Linda (Tim) Garvey and three grandchildren; Adrianna and Michelle Schlossmacher-Smith, and Robert Garvey; as well as his extended family. He is preceded in death by his parents, Leon "Spike" and Inez Smith and first wife of nearly 50 years, Elaine Smith.

To order memorial trees or send flowers to the family in memory of Lee Smith SR., please visit our flower store.