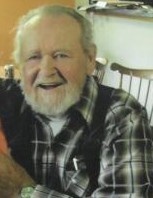 Leander John, 88 of Brainerd, passed away peacefully at home surrounded by his wife Barbara, 5 children and sister RoseAnn on June 24, 2021. A Mass of Christian Burial will be held 11am on June 29th at St. Francis Catholic Church in Brainerd. A Visitation will be from 5pm-8pm on Monday June 28th at the Brenny Family Funeral Chapel in Baxter and one hour prior to services at St. Francis.

Leander was born on November 15, 1932 to Charles and Sophie (Bryniarski) John in Browerville Minnesota. He was drafted into the Army and served from 1953-1955. He married Barbara Sobota in Browerville on April 25, 1960. He was employed as a machinist/welder with Burlington Northern Railroad for 38 years.

Leander received multiple medals during his time of service in the Army. He was a great hunter and fisherman. He enjoyed woodworking and foraging for edibles in the forest. He loved camping and above all else he loved spending time with his family.

To order memorial trees or send flowers to the family in memory of Leander John, please visit our flower store.