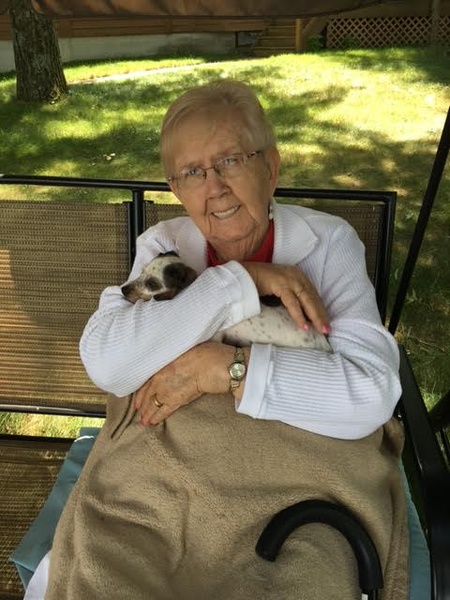 Lavina Dubbin, 86, of Maple Grove, passed away on September 13, 2021. Mass of Christian Burial will be 11am on Monday September 20th at Immaculate Heart Catholic Church in Crosslake with a visitation one hour prior to Mass. Interment will be following 3pm at Minnesota State Veterans Cemetery in Little Falls, Minnesota.

Lavina was born on February 12, 1935 to John and Anna (Schmitt) Britz in Little Rock, Minnesota. She grew up in Buckman and graduated in 1953 from Pierz Memorial High School. On September 7, 1955 Lavina married Percy Dubbin. They moved to Crystal, MN where they raised their family. After retiring in 1991, they moved to Crosslake MN. In 2019 they moved to Maple Grove to be closer to family. Lavina loved cards, bingo, dances and babies. She will be missed by all who knew her.

In lieu of flowers, the family asks that donations be made to the National Kidney Foundation in Lavina’s name at www.kidney.org.

To order memorial trees or send flowers to the family in memory of Lavina Dubbin, please visit our flower store.