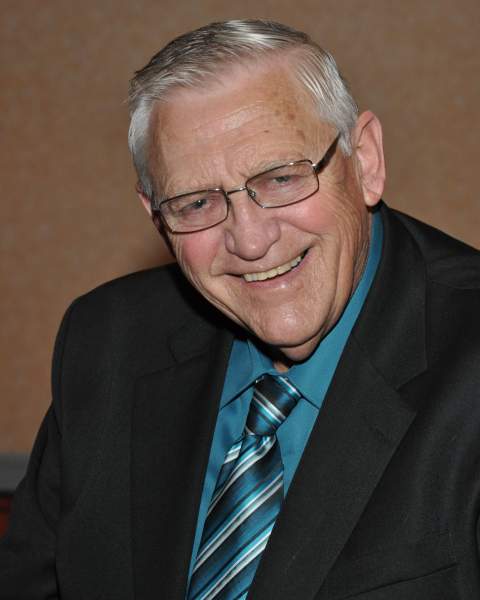 Larry was born and raised in St. Paul, MN and graduated from Central High School in 1961. He had good times working on and racing cars in the 60’s and 70’s. He purchased his first semi-truck in 1974. Larry was a truck driver for over 50 years; the majority of them were spent working for Dart Transit where he earned the nickname “Larry the Legend” after years of showing new Dart owner-operators the ropes around company operations. Through his stellar career, he accomplished over 5.1 million miles accident free. That’s like traveling to the moon and back ten and a half times. In 2004 he was awarded Driver of the Month by the Minnesota Trucking Association (MTA); then went on to take the Driver of the Year title. In 2009 he took 3rd place in the Truckload Carriers Association (TCA) Driver of the Year contest for the United States and Canada held in Las Vegas. In 2011 Larry “The Legend” Severson was a finalist once again in the TCA Driver of the Year contest. It was in Orlando that he was awarded 1st place and won his 2011 Ram 2500HD powered with a Cummins Diesel engine. Such an amazing accomplishment!

Larry was known for his dedication and helping hand both on and off the road. He volunteered for church youth group fundraisers, and for several years drove in the World’s Largest Truck Convoy to raise money and awareness for Special Olympics of Minnesota. Larry was always performing random acts of kindness for friends, family, and acquaintances. If anyone needed a tool, they knew who to borrow it from. If Larry didn’t have it, he would buy it so the next time he could help.

A funeral will be held at First Lutheran Church of Arland. 698 8th Avenue, Clayton, WI 54004, Saturday September 3rd, 2022 at 11am. Visitation/Luncheon will be held immediately following.

https://www.overdriveonline.com/business/article/14877508/half-century-triumph
To order memorial trees or send flowers to the family in memory of Larry "Butch" LeRoy Severson, please visit our flower store.