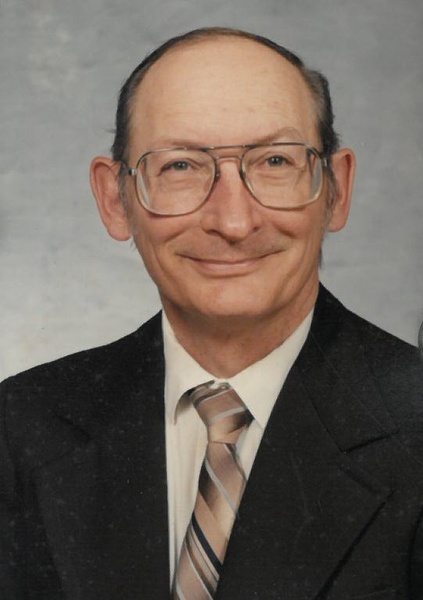 Lawrence “Larry” Arthur Schmidt, 89, of Staples, Minnesota, passed away on Wednesday, July 27, 2022. Funeral Services will take place on Thursday August 4, 2022 at 11:00am, at the Brenny Family Funeral Chapel in Staples. A Visitation will be held for friends and family on Wednesday August 3, 2022, from 5:00-7:00pm at Brenny Family Funeral Chapel in Staples, and also one hour prior to the service on Thursday. Burial will take place at the Minnesota State Veterans Cemetery in Little Falls.

Larry was born in Morris, Minnesota on May 19, 1933, to Lolan and Mabel (Koons) Schmidt. They moved to the cities when he was a young lad, and he worked cutting asparagus in the mornings before going to school. In the summer months he would go to his grandfather’s farm in Leader, Minnesota, where he learned many valuable lessons and came to love farming, music, and animals. Larry graduated from Elk River High School in 1952 and shortly afterwards was drafted into the Army. When the Korean war ended, he finished his tour of duty playing in the Army band. During this time, he met his wife, Donna Sterger, and they were married on July 31, 1955, in Crookston, Minnesota. After they married, they moved to Elk River for a number of years where Larry was employed by different companies until C.E.P. sent him back to school in Minneapolis. He was then hired by Control Data, where he worked as a manufacturing tech, until he was sent back to school for management training. In October 1970, Larry was in an auto accident and had a brain injury that sent him back to farming. As a farmer, he would be seen out in the field or at many auctions and sales talking to others and giving or getting advice on farming. He and Donna lived in Bluffton for 10.5 years until moving to Staples for the remainder of his life.

Larry was baptized in the Adventist faith in 1973 and loved the Lord so much he rededicated himself in July 2017. He was an active member of the Staples Seventh Day Adventist Church until his passing.

To order memorial trees or send flowers to the family in memory of Larry Schmidt, please visit our flower store.