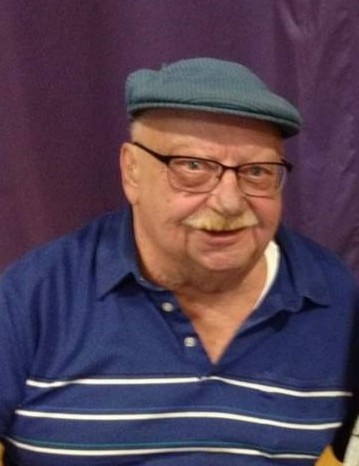 Lamont Herman Sachs Jr. 77, died Friday, March 26th. He was the first-born child of Lamont and Pearl Sachs December 1, 1943. He was born shortly after the family left Appleton, MN area and moved to the Brainerd, MN area settling in Crosby/Ironton where his Dad developed a thriving business as a grain broker-trucker. He moved with the whole family to East Gull Lake where the family ran a horse riding stable, continued by his sister Pam for many years, and graduated from Washington High School in 1961. He did attend Concordia College for a year before he met and married his first wife, Gale Patrick in St. Paul and went to work for Sandy's (later to become Hardee's). He became a district manager and moved to the Duluth area. Together they had two girls Kari and Dena. After divorcing and raising his daughters he met Shirley Betsinger (Rossman) and were joined by their son Paul (Shawna). He sold real estate for a few years before later turning back to the family tradition of truck driving. The family moved to LaCrosse before he divorced. He later settled in Motley, MN where he bought a small house and drove until his retirement in 2005. His hobbies were golfing and fishing. He is survived by his three children, sister Pamela Sachs of Brainerd, and five grandchildren Tate, James, Caylin, Broden, and Lillyanna. He was preceded in death by his parents and sister Sandy Elijah (Herschel) and many friends.

To order memorial trees or send flowers to the family in memory of Lamont "Butch" Sachs Jr., please visit our flower store.