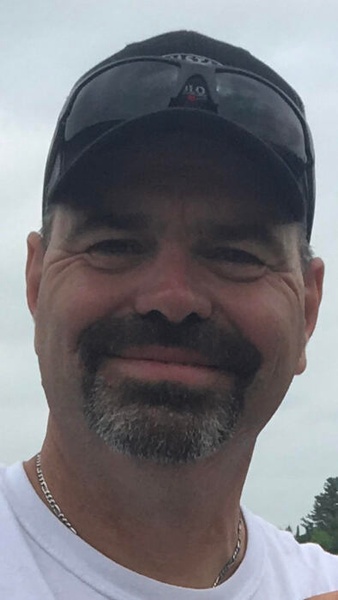 Kevin Roger Dumpprope, age 51, passed away unexpectedly at home on August 11,
2021. Kevin was born on February 28, 1970 to Larry and Margaret (Dailey) Dumpprope in
Wadena, MN. Kevin spent many of his younger years growing up in Bowdle, SD, Libby, MT,
Weiser, ID, and Oylen, MN.


Kevin is preceded in death by his parents Larry and Margaret Dumpprope, grandparents Harvey
and Jane Dumpprope and Fred and Betty Dailey, nieces Kendra and Payton, along with many
aunts and uncles.


Kevin worked for Ramstad Technologies as a fiber optic specialist in Pillager, MN. Prior to that
he worked for Polar Tank Trailer in Holdingford.


There are extroverts in the world, and then there was Kevin. Kevin’s greatest joy was his wife,
children, grandchildren, and close family and friends. Not a day went by that he didn’t feel
blessed by the close relationships he had. Kevin had a gravity that drew others to him. He
enjoyed being outdoors, hunting, fishing, dancing, cornhole competitions, riding side by side
with family and friends, as well as enjoying beers and cocktails and being the life of every party.
He always welcomed you with a big smile and warm hug and gave the same upon departure.
His wit was unmatched. He lived life with no regrets, and with nothing left unsaid. He always
said that each day was a gift and he lived it to the fullest. He will be greatly missed.

To order memorial trees or send flowers to the family in memory of Kevin Dumpprope, please visit our flower store.