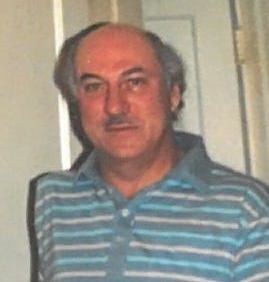 Kenneth John Mueller passed away on Wednesday, November 11, 2020 in Little Falls. Visitation will be held on Friday, November 13, 2020 from 5-7pm at St. Michaels in  Buckman, Minnesota.

Kenneth was born to Roman and Edna (Lochner) Mueller on November 24, 1944. He attended Memorial High School in Pierz, MN graduating with the class of 1962. He then attended St. Johns University for college. Kenneth was drafted into the army on August 08, 1965 and served until July 21, 1967. He married Starlene Ronkainen in 1969 and later divorced. After serving, Kenneth returned home and was working as a truck driver for Gypsum George Co until an accident in 1970. He then worked as The Buckman City Clerk and served on the City Council. He was a member of the Ducks Unlimited and Buckman Trailblazers. Kenneth was an avid outdoorsman and enjoyed watching sports, especially the Gophers. He was a great supporter of the Buckman Billy Goats baseball team.

He was preceded in death by his parents, and sister Joyce Helmers and brother in law Jim Helmers.

To order memorial trees or send flowers to the family in memory of Kenneth Mueller, please visit our flower store.