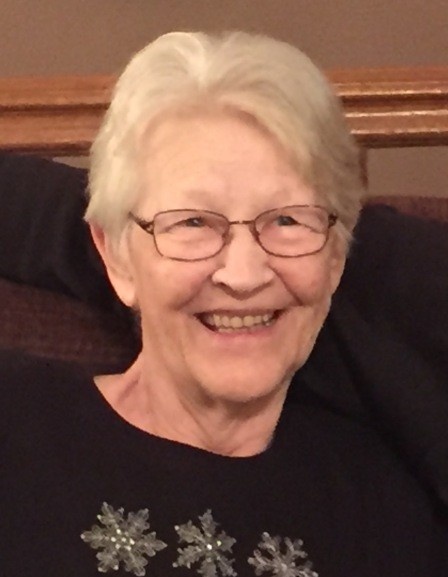 Kathryn Pauline Bollig, 79, passed away Sunday, March 7th 2021. She was born on May 19, 1941 to the late Michael and Mary (Lashinski) Kedrowski in Sobieksi, Minnesota. She grew up there on the family farm. She was the fourteenth of seventeen children, she had nine brothers and seven sisters. She attended St. Stanislaus Catholic School in Sobeiski, Minnesota through eighth grade and finished through eleventh grade at Little Falls High School.

She was united in marriage to Ivan Bollig on May 19, 1958. They were married for 62 years. They had three children; Deborah, Mitchell and Michael and resided in Cushing, Minnesota.

Kathryn was a homemaker, tending to her family was her first priority. Some of the things she enjoyed doing were reading; romances and mysteries, she always had a find-a-word puzzle book nearby, she knitted mittens for the grandkids, she played cribbage every morning with Ivan after he retired, she tended her flowers in the summer and she especially liked going to the casino. She had a lot of fun there. Kathryn was greatly loved and will be sorely missed.

She is survived by her daughter Deborah (Daniel) Symanietz and son Mitchell Bollig, grandchildren Joel and Kelsey Bollig and great-grandson Bentley Droneck, and numerous nieces and nephews.

Visitation will be 4pm-7pm Friday, March 19th at the Brenny Family Funeral Chapel in Randall, and one hour prior to services on Saturday. Mass of Christian burial will be 11am on Saturday, March 20th at St. James Catholic Church in Randall with Father Jimmy Joseph.

Arrangements have been entrusted with Brenny Family Funeral Chapel, Randall.

To order memorial trees or send flowers to the family in memory of Kathryn Bollig, please visit our flower store.