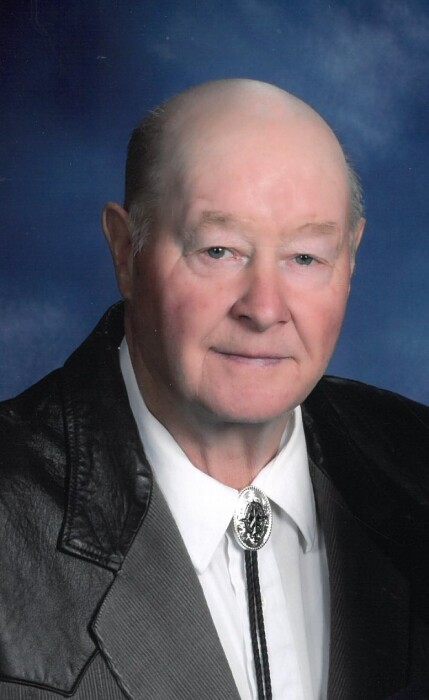 Juel Wayne Stenberg was born January 13, 1940, in Roseau, MN. His parents were the late Joseph and Julia (Hites) Stenberg. He was the first born of four children. In his past time Juel was known as a daredevil and enjoyed racing cars while running the family's 2000 acre grain farm in Thief River Falls.

Juel moved to Missouri in 1968 where retired his daredevil ways when he met his bride, Arlene McMillan. They were united in marriage on October 24, 1968, in Camdenton, Missouri.

This marriage was blessed with two children, Missy and Jerel (Bubba). Juel and Arlene left Missouri in 1979 and moved to New York Mills, MN. There they had a farm and enjoyed country life. In 1987 they moved to Grygla, MN to continue raising sheep and cattle. In 1992 they moved to their home and Juel’s final resting place in Motley, MN.  This is where he started their business, Stenberg’s Supply, with his son Jerel (Bubba).

Juel enjoyed raising cattle, sheep and horses. He was well known by his grandchildren as “Sheepy Papa” because of this. His favorite past times were fishing with his son, going to car races and rodeos with his family, spending time with his grandchildren, along with working at the family business.

Juel is preceded in death by his both his parents Joseph and Julie (Hites) Stenberg and his son Bub. We can only imagine the joyful reunion he had with his son and other loved ones that have passed.

Services will be 2pm on Saturday January 15 at the Motley Free Church with a visitation starting two hours prior. Interment will follow at the Motley Public Cemetery.

To order memorial trees or send flowers to the family in memory of Juel Stenberg, please visit our flower store.