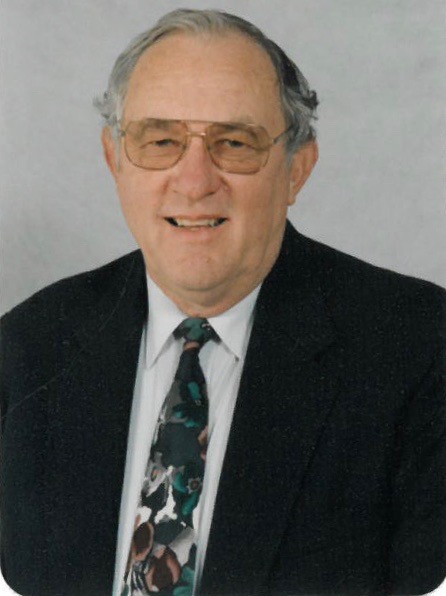 Celebration of Life service for Jack Nelson will be Sunday, July 12th at 10 a.m. and 1 p.m. at Timber's Restaurant and Event Center, Staples, MN. Both services will be the same, so choose only one to attend. Due to Covid there is limited seating, RSVP to Heidi is required. Masks are strongly encouraged.John "Jack" Nelson, 81, of Staples, MN died March 30, 2020 at Lakewood Health System Care Center in Staples, MN. The family will hold a private ceremony and interment on April 4, 2020. A celebration of life ceremony will be held at a future date when the current circumstances have been resolved. Arrangements are with Brenny Funeral Home and services held at Faith Lutheran Church in Staples, MN with Pastor Carl Larson officiating.

Jack was born on April 23, 1938 in Cannon Falls, MN to John C. and Dorothye (Wiederstrom) Nelson. He graduated from Clinton High School in 1956 and from Concordia College in Moorhead in 1960. Jack was united in marriage to Delores "Dee" Djonne on September 7, 1963 in Clinton, MN. He taught elementary school in Hills, Starbuck, South St, Paul and Staples, MN. They moved to Staples in 1969. While at Staples, he went on to get his master's degree in school administration from the University of Minnesota. After teaching at North Elementary School he later became the principal, then the principal at the Staples and Staples/Motley High School. He eventually became the superintendent and worked there until he retired in 1994. They moved to East Battle Lake where they enjoyed lake life and he sold real estate for Stueve Real Estate. They returned to Staples in 2004 to spend time with those they had grown so close to over the years.

Jack had a passion for educating others. He encouraged numerous students and teachers to continue with their education and strive to be their best. He extremely enjoyed connecting with the staff and students on a personal level and was often seen in the hallways where you could hear his hearty laugh. He enjoyed being very active in his community and his church, Faith Lutheran Church. At Faith, he helped mentor and teach new Stephen's Ministers with other individuals from church. He was well known for his love of Lutefisk both partaking and working at the Lutefisk suppers. He served as church council president both in Staples and at Vining Lutheran Church, in Vining. At VLC, he was instrumental in helping an addition to be built. He was an active member of Staples Host Lions Club, served on the Dollars for Scholars board (Staples Dollars for Scholars was started in late 1985, early 1986 by high School Counselors Ken Schubluski and Ron Storbakken, with support and help from Superintendent Jack Nelson), Concordia College Board of Regents, graduate of Blandin Leadership, board member of Staples Community Foundation, member of REAM (Retired Educators Association of Minnesota) and board member of Minnesota State High School (sports) League.

He wasn't musical himself, but he enjoyed singing and supporting the fine arts in the community any chance he could: supporting his friend and colleague, Stan Carlson in helping to achieve the building of the Centennial Auditorium at Staples Motley High School and attending numerous plays, concerts and art exhibits. He and Dee enjoyed their monthly card club with very special friendships. He was a regular with the men at coffee in the mornings. He loved traveling throughout the states and internationally, highlights were many trips to Mexico, Germany and Norway, as well as a trip with the entire card club to Hawaii. He enjoyed playing and watching sports and was proud of his time at Concordia, playing college basketball and football. He was always extremely supportive of his children and his grandchildren in all their exracurricular activities. He set high expectations, but always had a listening ear and was their number one cheerleader for all of their successes.

To order memorial trees or send flowers to the family in memory of John "Jack" Nelson, please visit our flower store.