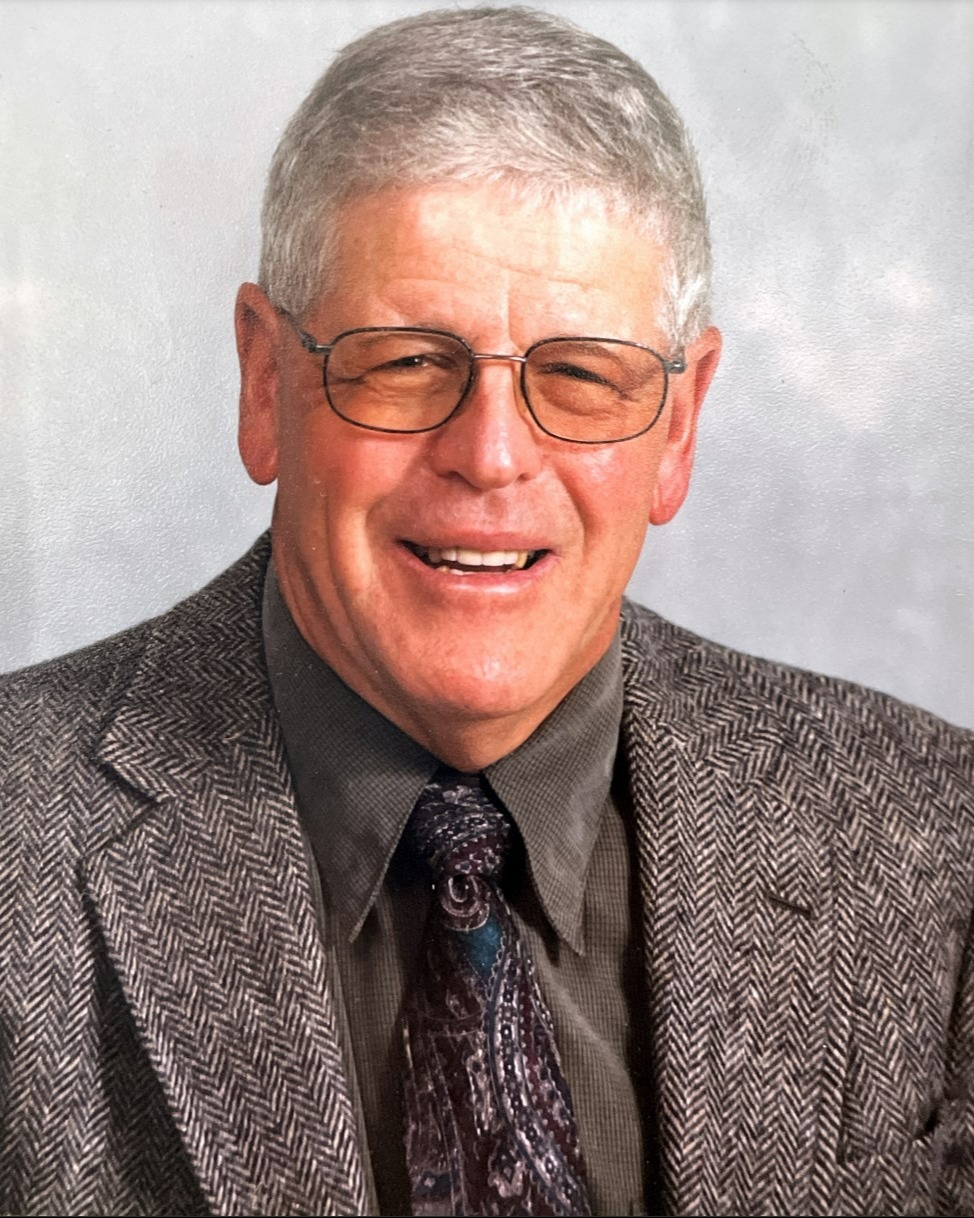 Jerry and his twin sister, Geraldine, were born to John “Jack” and Cecelia Riewer in Bagley, Minnesota on April 15, 1937. When Jerry and Geraldine were 8 years old their mother died. Their Aunt Theresa Thul then helped raise Jerry, Geraldine, and their siblings Leroy, Eileen, Rose, and Peter. Nine years later when their father died, Theresa raised the kids on her own and refused to separate the children into foster care.

Jerry attended Bagley Schools and participated in basketball and baseball. He graduated from Bagley H.S. in 1955. He went one year to Bemidji State University, and then worked a year as a Merchant Marine on the sister ship to the Edmond Fitzgerald on the Great Lakes. He realized that this type of work wasn’t for him so he returned to Bemidji State and graduated in 1960 with a Physical Education and Biology degree. While at Bemidji State he played Baseball and Basketball.

His first teaching job was in Deer Creek, Minnesota as a Science Teacher, where he also coached Baseball. While in Deer Creek he met the love of his life, Maryann Edholm. Jerry and Maryann were married on August 24, 1963, at St. John’s Catholic Church in Bluffton, Minnesota.

Jerry and Maryann moved to Staples in 1964 where Jerry accepted teaching and coaching positions. He taught Science, Phy. Ed., and Drivers Ed. for Staples Public Schools, and also Phy. Ed. at Sacred Heart Catholic School. He was a Drivers Ed. instructor for over 50 years, teaching several generations of students, including teaching his own children and some of his grandchildren.

Jerry coached 60 seasons as a head coach of various sports including Baseball, Cross Country, Girls Softball, and JV Basketball. He was a baseball umpire and a basketball referee for many years. He led 18 Cardinal Cross Country squads to the State Tournament, two teams earning State Championships in 1982 and 1983. He also was honored to coach two Individual State Cross Country champions. He led two Cardinal baseball teams to the State Tournament, winning one State Championship in 1983 and a State Runner-up in 1977. Two of his players went on to play professional baseball, and another player later became a popular Minnesota Twins Broadcaster.

His coaching was recognized throughout the state as he was named Minnesota State Cross Country Coach of the year in 1977, 1982, and 1983. He was named Minnesota State Baseball Coach of the year in 1984. Jerry received national attention and recognition as he was nominated for National Baseball Coach of the Year in 1984. One of his greatest coaching accomplishments was winning two State Championships in different sports in the same year, which happened in 1983. In 1999 he had a Cross Country Award named in his honor at Staples High School, and in 2013 the Staples-Motley High School Baseball Field was named “Jerry Riewer Field.”

Jerry was inducted into many Halls of Fame including: Minnesota Cross Country Coaches, Minnesota Baseball Coaches, Minnesota Coaches Association, Bemidji State University, Minnesota Amateur Baseball, 2019 Staples-Motley Hall of Fame award, and most recently his 1983 Staples Baseball team was inducted into the Staples-Motley Hall of Fame. He was the Past President of the Minnesota State High School Cross Country Association, and the Staples High School Coaches Association. Jerry was also a lifetime member of the Knights of Columbus, and a volunteer religion teacher at Sacred Heart Catholic School.

Jerry, also known as “Reeves”, was recognized as a great teacher and coach, but he was an even better husband, father, grandpa, great-grandpa, and friend. His relationships with his children and grandchildren were one of a kind. Jerry and Maryann traveled extensively around the state and out-of-state to support their children and grandchildren during many sporting events. Jerry was proud of the lifelong friendships he had with many of his former students and athletes.

To order memorial trees or send flowers to the family in memory of Jerry Riewer, please visit our flower store.