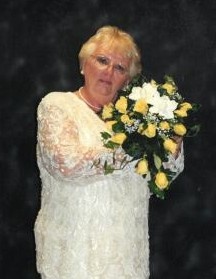 Janice Rock, 79, of Baxter, passed away peacefully at home with her husband Robert and daughter Lisa at her side, on April 7, 2022. Services will be 11am on Monday April 18th at St. Francis Catholic Church with a luncheon following. Visitation will take place one hour prior. Interment will be held 1pm on Wednesday April 20th at the Fort Snelling National Cemetery.

Janice was born on February 2, 1943, to Albert and Lillian (Strenge) Anderson where she was raised in Northeast Minneapolis. She graduated at Columbia Heights High School. She worked as a closer at several title companies in the Minneapolis Area.

Janice married Robert Rock on July 7, 2002. She was a Eucharistic Minister at St. John Catholic Church in St. Paul. She enjoyed sewing, crocheting, cross stitching, bowling, and playing cribbage. She also enjoyed watching the Twins and the Vikings with her grandchildren.

Janice is survived by her husband Robert, Daughter Lisa, nine grandchildren, and six great grandchildren. She is preceded by her parents, son-in-law Charles Draper, daughter Kimberly, and granddaughter Angela.

A very special thank you to the St. Croix Hospice team and her grandson Tim for all the special care they gave.

To order memorial trees or send flowers to the family in memory of Janice Rock, please visit our flower store.