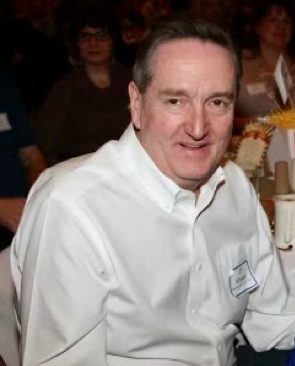 James Patrick Whalen, JP, passed away peacefully after a five year struggle with ALS at his home.

JP is one of five children of Leo and Marie Whalen, both of whom are deceased. Brothers include Steve (Diane) Whalen and Brian (Pat) Whalen; sisters include Kate Christianson and Peggy (Marty) Vervalen.

JP was a 1970 graduate of Brainerd High School. He received an AA degree from then Brainerd Community College, and his bachelor’s degree from St. Cloud State University. He went on to complete his doctorate degree in psychology at the University of Wisconsin, Madison.

JP held many interesting jobs throughout his career, two of which were the Veteran’s Administration, where it was his honor to help veterans in need, and Nystrom and Associates, where he worked as a psychologist until he retired sooner than he wished due to the progression of his ALS.

A celebration of his life will be held at a later date due to Covid-19 restrictions.

To order memorial trees or send flowers to the family in memory of James "JP" Whalen, please visit our flower store.