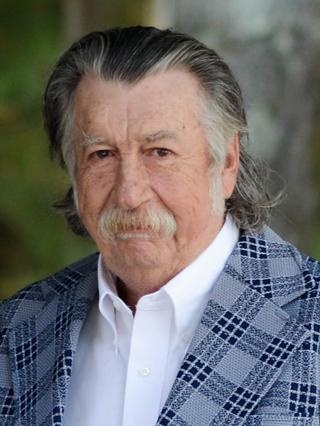 Jay was born on December 17, 1941 in Euclid, Ohio to Arthur and Helen Peck. He enlisted in the Navy in 1963 and after being discharged, he returned to Ohio where he worked for American Steel as a machinist for 25 years. Following his years at American Steel he took a job at Sears performing shipping and receiving duties until he retired from the workforce and moved to Pillager, Minnesota.

Jay was a bachelor who enjoyed many artistic hobbies like drawing, watercolor painting, fly tying, and leather working. He was an avid reader, particularly about the Civil War and U.S. presidents, and he had a massive library of DVDs from all genres. Jay enjoyed nature, hunted when he was younger, and fished the rivers of Ohio and Minnesota until his health started failing. Most of all, Jay enjoyed being around the people in his community who affectionately nicknamed him “The Mayor”. He was a regular at the local café in Pillager where he enjoyed a daily pancake named the “Jay Cake” by the staff.

Jay was preceded in death by his father, Arthur, his mother, Helen, and his brother, Gilbert. He is survived by his sister-in-law Diane, his nephew, John (Robin), his niece, Marcy (Jamie Meyer), and his great niece and nephew, Samantha and Porter. Jay was cremated at Brenny Funeral & Cremation in Baxter, MN and his ashes will be returned to Ohio where they will be buried in a family plot. A small celebration of life will be held on a future date in Pillager, MN

To order memorial trees or send flowers to the family in memory of James "Jay" Peck, please visit our flower store.