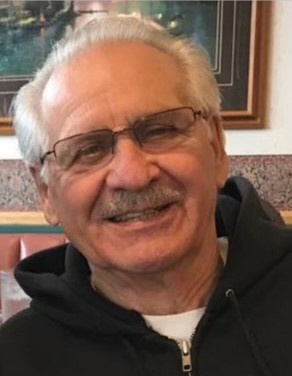 John G. Joseph (Jack), passed away on Wednesday, June 15, 2022, at his Baxter home with his family by his side. He was born in Cloquet, Minnesota to Gordon and Louise (Arbuckle) Joseph on November 18, 1936.

Jack graduated high school in 1954 and served in the US Army from 1956-1959. He married Patricia Matthews in 1960 and had one daughter, Shelley. He is preceded in death by his parents, brother Bob Joseph of Texas and his father-in-law and mother-in-law Neal and Phyllis Matthews. Jack is survived by his wife Patricia, daughter Shelley, and son in law Jeff Jones of Brainerd.

Jack had a full life of music. He played the drums at an early age in high school and many bands throughout the years. He and Pat Lee had a duo for 25 plus years, performing at Bar Harbor, Channel Inn, Quarterdeck, Edgewater Inn and the Nisswa American Legion. Jack enjoyed Friday nights at the Brainerd Legion with his many friends. Jack worked in the food business at Super Value, and Nabisco/Kraft for many years.

It is Jack’s request there be no funeral. He will be buried at the Veterans Cemetery in Little Falls.

We are grateful to Heartland Hospice for the wonderful care and support he received at his home.

To order memorial trees or send flowers to the family in memory of Jack Joseph, please visit our flower store.