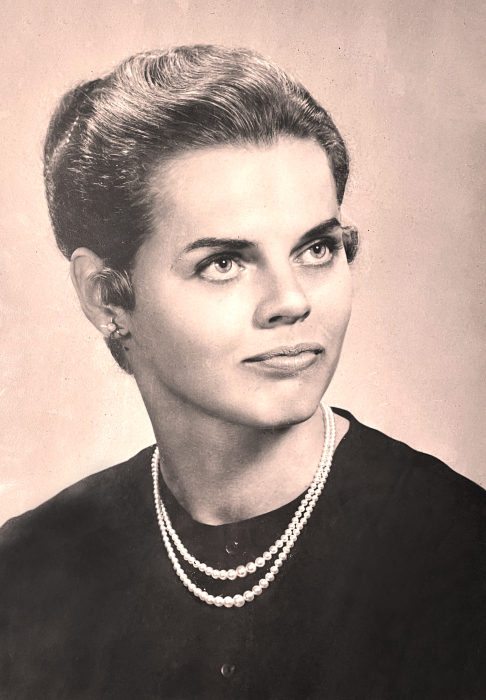 Inga-Britt Majken Boberg (Tholén), age 85, resident of Nisswa, MN, passed away Monday, December 13th, 2021. She was born in Lidköping, Sweden, to John and Majken Tholén on October 8th, 1936.  Not long after, her family moved to Karlshamn, Sweden, where she spent most of her younger years. When she was 20 years old, she was competing in the Miss St. Lucia pageant at the local festival.  This is where the father of her two children, Carl A. Boberg, who happened to be in town from the U.S. visiting relatives, spotted her and asked for a dance.  Coincidentally, she passed exactly 65 years from that day.

She is survived by sons, Carl-Eric Boberg (Asarum, Sweden), Arne & Maureen Boberg (Shoreview, MN); and siblings Rolf Tholén, Solveig Ravheden and Ingela Horngård, all of Sweden; grandchildren Nils & Pooja Boberg and Björn Boberg; and surviving sister Majlis Lassen, of Copenhagen, who passed in recent years.  She is also survived by her close friend, David Tweed, whose companionship really kept her going over the years. He would take care of any and all needs that would come up – a true friend indeed! She also leaves behind longtime friend, and fellow immigrant, Ingrid Anderson, who was always there when she needed her, and Melody Boberg, who was with Inga-Britt until the end.

Inga-Britt operated Gull Bay Cabins for 64 years and made a lot of lifelong friends in the process. She both delighted and puzzled people with her unusual sense of humor which involved saying outrageous things in an offhand way.  With her thick Swedish accent, people couldn’t tell if she just didn’t know English that well or if she was truly a master of puns (the latter). She was multilingual, being fluent in Swedish, English, German, and Danish.

While being a wife and mother of two boys, she helped keep her 3 men happy with her extraordinary Swedish baking skills. In her spare time she kept up with the latest fashion by sewing her own garments from scratch.  She would also model clothes for local retailers, walking the runway, with the perk of getting to keep the clothes as payment. She also hosted many of the Scandinavian Club parties, which kept a sense of community among her fellow immigrants.  In addition to running the Gull Bay Cabins Resort during the on-season, she had worked as a nursing assistant (St. Joseph Hospital), pharmacist assistant (Snyder Drug) and as a realty assistant (Realty World). In her later years she was active in her EA group (Emotions Anonymous), and loved to hang out with her friends at the Eagle’s Club.  One of the most memorable things about Inga-Britt was her kind heart and generosity.  She would help anyone in need.  She always wanted the best for others and never displayed envy or jealousy. She valued people by the content of their character and not by any other means.  She is truly missed by the many loved ones that she leaves behind.

To order memorial trees or send flowers to the family in memory of Inga-Britta Boberg, please visit our flower store.