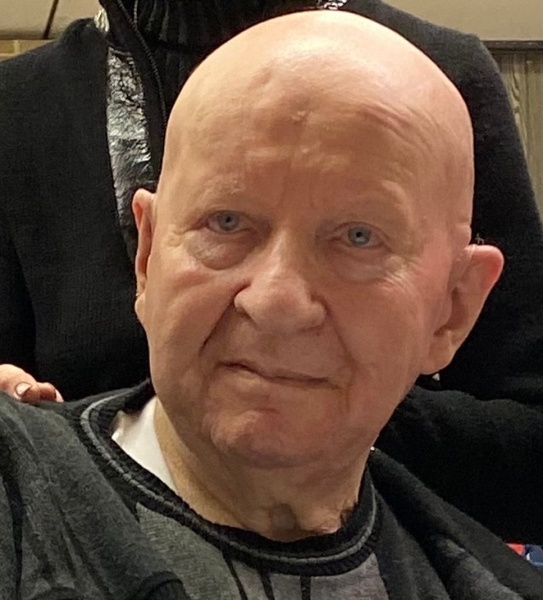 Harold Moen passed away January 01, 2021 at St. Joseph’s Hospital in Brainerd, MN. Harold was born on May 03, 1941 to Roy Wilhelm Moen and Evelyn (Babe) Bentley Moen Bleth at the Bemidji Lutheran Hospital. Harold grew up on the family farm in Carr Lake, attended elementary school at Carr Lake, and graduated from Bemdiji High School in 1959. In high school, he was on the Varsity Lumberjack football team as Right Guard. He played 2nd base on the Varsity Lumberjack baseball team as a left-handed batter and was captain in 1959. He also played baseball on the Carr Lake Baseball Team. He was active in FFA as an officer and president of the Dairy Judging Team.

Harold married his sophomore classmate and sweetheart Lila Iverson on May 11, 1963 in Solway, Minnesota. Harold worked at the Bemidji Food Mart, and Lampert Lumber in Park Rapids in 1965. He was transferred to Lampert’s in Detroit Lakes in 1966, and in 1973 was transferred to Brainerd as manager of Lampert Quality Builders. He worked as Superintendent at Thompson Concrete, started GEM Home Repair, and owned and operated Brainerd Door Systems. He was active in the Brainerd and National Builder’s Association, Trinity Lutheran Church Council and Sunday School Teacher. He hired temporary workers from PORT and coached the men in Softball in 1974. He was assistant hockey coach for Mites in 1977, head coach for Squirts 1978 and 1979, and coached Pee Wees in 1980 and 1981. Harold loved his family, and enjoyed fishing, deer hunting, duck hunting, football games, hockey, golf, travel, and fishing in Canada.

He leaves behind his wife Lila of 57 years; daughters, Dana Moen, Dyan Robles, and son Daniel; plus 8 grandchildren and 8 great-grandchildren; and best Buddy Joe Gorg. A special thank you to “Red”, for your visits and wonderful book.

He was preceded in death by his parents Roy and Babe; sisters Dolly and Alice; brothers Walt and Jerry; daughter Darcy; plus his best friend Vern Fargo and dog Napoleon. A huge thank you on behalf of the family to Dr. Nienaber and his staff at Pequot Family Clinic for their excellent medical care for the last 20 years. There will be no services at this time. A Celebration of Life will be held when our gathering environment is safe.

To order memorial trees or send flowers to the family in memory of Harold Moen, please visit our flower store.